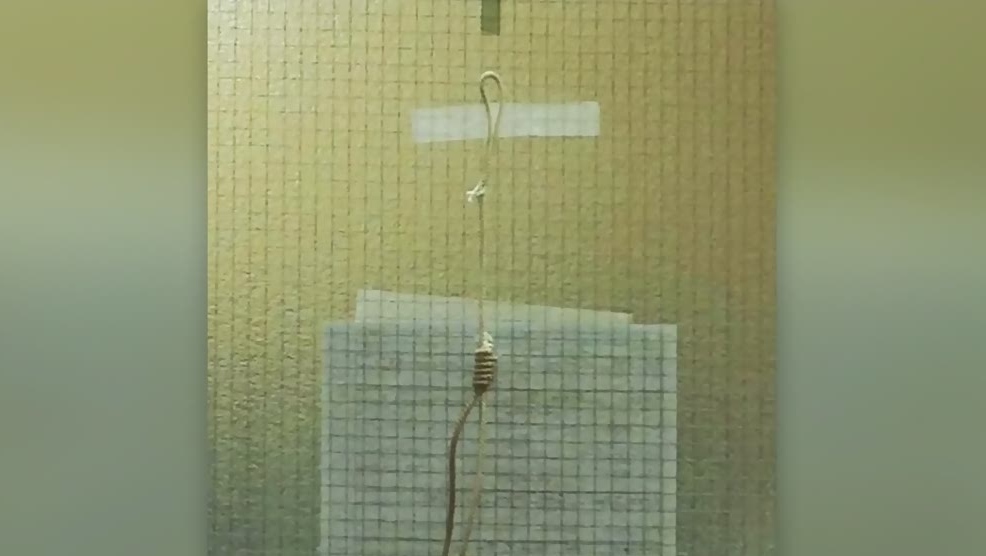 A doctor in northwestern Alberta who was found guilty of unprofessional conduct for hanging a rope in the shape of a noose on an operating-room door has been suspended from practising for four months.

A disciplinary tribunal of the College of Physicians and Surgeons of Alberta issued the suspension Monday to Dr. Wynand Wessels, a white, South African-born orthopedic surgeon.

He was ordered to pay 75 per cent of the costs of the investigation and two hearings.

In January, Wessels was found guilty of unprofessional conduct by the college, but the decision did not determine that the doctor was motivated by racism.

The rope had been put on a door leading to an operating room at the Queen Elizabeth II Hospital in Grand Prairie, Alta., on June 24, 2016. It was a location where medical and hospital staff could see it, says the college's sanction report.

Wessels had said the noose was a lasso that was part of an inside joke with a nurse in the operating room and he did not know it had a violent and racist meaning behind it.

But Dr. Scott Wiens, a surgeon who saw the noose, testified that Wessels told him it was for a Black, Nigerian-born surgical assistant, Dr. Oduche Onwuanyi.

“Dr. Wiens stated that the noose incident still affected him and read out a statement in which he stated that he was utterly shocked when he saw it, and that his mind immediately went to the Black assistant and Indigenous physician he was working with,” he report says.

“Dr. Wiens stated that everyone present interpreted it as a racist act.”

The report says that hethen took a photo of the noose, took it down and notified another doctor, Indigenous anesthesiologist Dr. Alika Lafontaine, who reported it to the operating room manager.

Days later, Wessels sent a letter of apology to Wiens and another Black surgeon on the team, but not to Onwuanyi or Lafontaine.

The college had asked for a one-year suspension.

Craig Boyer, a lawyer for the college's complaints director, said it was a “deadly threat, and a symbol of intimidation.”

Boyer also criticized hospital management's decision to informally investigate the noose hanging, which he said led to a “failure of due process” for Onwuanyi and Lafontaine.

James Heelan, a lawyer representing Wessels, argued his client should receive a “short and sharp” one-month suspension, with two weeks excluded to account for an unpaid leave of absence Alberta Health Services requested he take.

Heelan told the tribunal in June that Onwuanyi and Lafontaine had a right to be upset over the noose. But he added that they did not seem upset at the time it happened, as shown in notes of interviews with them.

“Mr. Heelan submitted that Dr. Onwuanyi's testimony was polluted by the lens created by Dr. Wiens, and that despite it all, he had continued to work and have social discussions with Dr. Wessels,” the tribunal report says.

Heelan also argued that his client could not control the process of Alberta Health Services, which Lafontaine testified made him feel invisible.

“He submitted that AHS's failures to deal with the matter in a timely way should not be visited on Dr. Wessels.”

Onwuanyi and Lafontaine both testified they were not allowed to review notes of their interviews with Alberta Health Services and have disputed what was written.

Ultimately, the tribunal ruled that not only was Wessels's behaviour unprofessional, “it also constituted intimidating, threatening conduct, even if there was insufficient evidence of racial motivation.”

“Dr. Wessels was a mature, experienced physician who had worked in several countries,” the decision says. “He should have been aware that others would interpret the noose in a very negative way.”

This report by The Canadian Press was first published Dec. 6, 2021.

BREAKING | Annual inflation rate rises to 4.8 per cent, highest since 1991

Some provinces say Omicron surge starting to ease, others warn worst is still to come

The Omicron-fuelled fifth wave of the COVID-19 pandemic appears to be peaking in some provinces, while others say the worst is likely still to come.

The latest evidence does not show the Omicron variant is contagious for less time than previous versions of the virus that causes COVID-19, chief public health officer Dr. Theresa Tam said Tuesday.

Disgraced Canadian fashion mogul Peter Nygard, who police say faces charges of sexual assault and forcible confinement, will learn Wednesday whether he will be granted bail.

Here's why 5G is so concerning for U.S. airlines, and what Canada has done to fix it

The emergence of 5G technology has been concerning for U.S. airlines, but Canada has already taken steps to address the safety risks, including buffer zones around Canadian airports and positional shifts to antennas.

Archeologists believe the world’s oldest known drinking straws date from 5,000 years ago after re-analyzing long 'sceptres' found in a burial mound in the Caucasus

A lack of jobs in Kabul is contributing to a hunger crisis, some Canadian provinces believe Omicron cases may be peaking, and grocery stores may face closures due to COVID-19 safety protocols. Here's what you need to know today.