With the price of oil dropping, the Alberta government is reinstating its fuel tax in October.

Starting Oct. 1, Albertans will be charged a partial tax of 4.5 cents per litre.

The province's non-discounted fuel tax is 13 cents per litre.

READ MORE: Province to ease Albertans back into fuel tax in October

The province sent a letter to all fuel retailers explaining the changes on Wednesday. 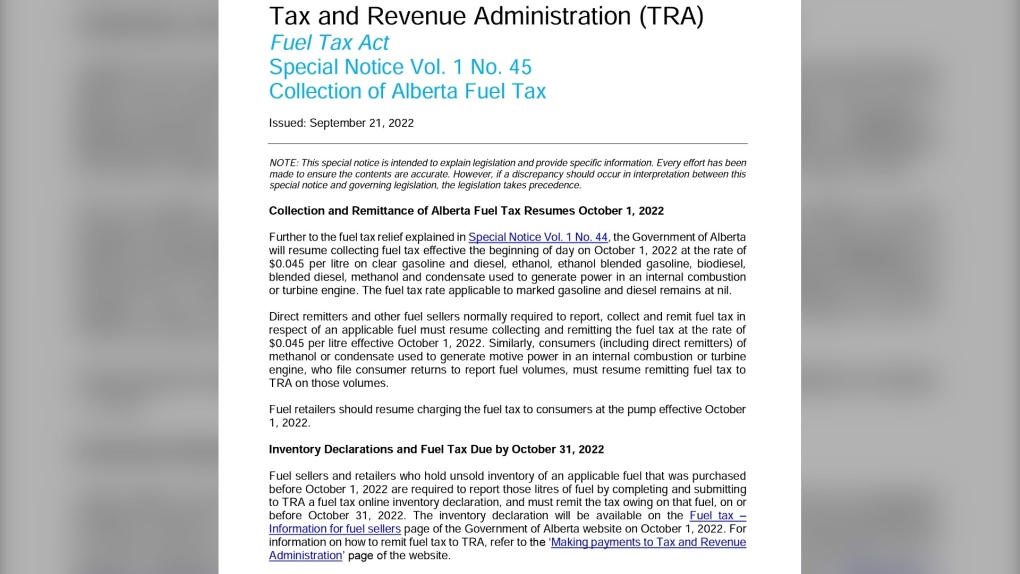 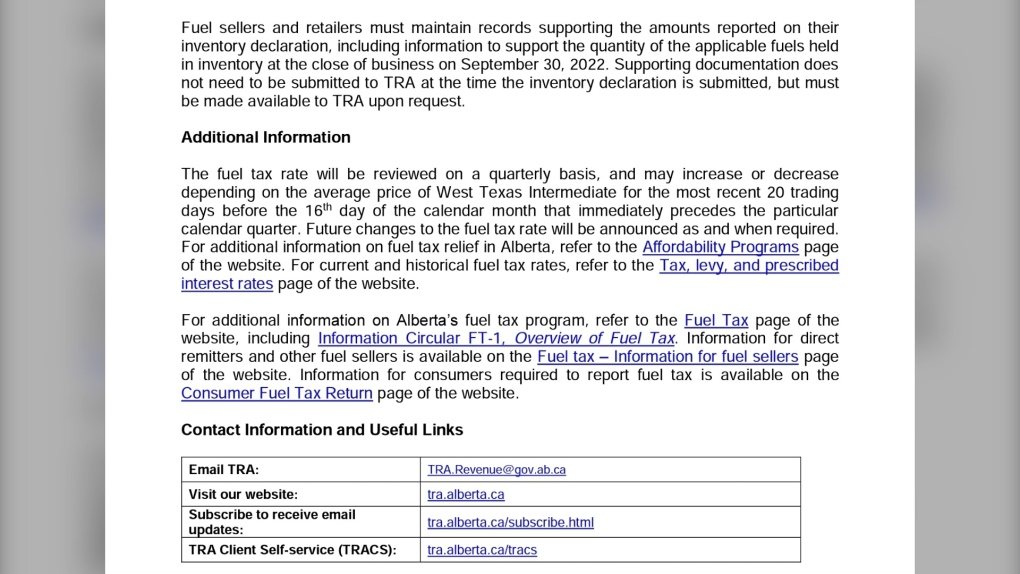 Marked gasoline and marked diesel will also be affected.

In a statement Thursday afternoon, Finance Minister Jason Nixon said: "As Albertans continue to deal with inflation and high costs, Alberta’s government will continue to provide some of the most generous measures in the country to keep more money in the pockets of Albertans."