A small parcel of land in west Edmonton containing a historic cemetery will soon officially belong to the Enoch Cree Nation.

In a ceremony Monday, the provincial government announced it approved the land transfer as a step toward true reconciliation.

Located near Anthony Henday Drive and south of Whitemud Drive, the land belonged to the First Nation until the federal government encouraged its surrender in 1908.

Their descendants were in attendance at Monday's ceremony.

"They're our founding family," Morin said. "Our founding chiefs of the Enoch Cree Nation."

"We are all standing where our ancestors are buried," he added. "In a lot of ways this site was forgotten, but now we are here."

Morin approached the city and provincial governments last year with the proposal to transfer the land.

"It took collaboration between those two levels of government to say, the right thing to do is to give Enoch Cree Nation back their land," he said.

"Most of us pass this spot," Wilson said. "You are driving on the highway and you do not take notice about what is back here." 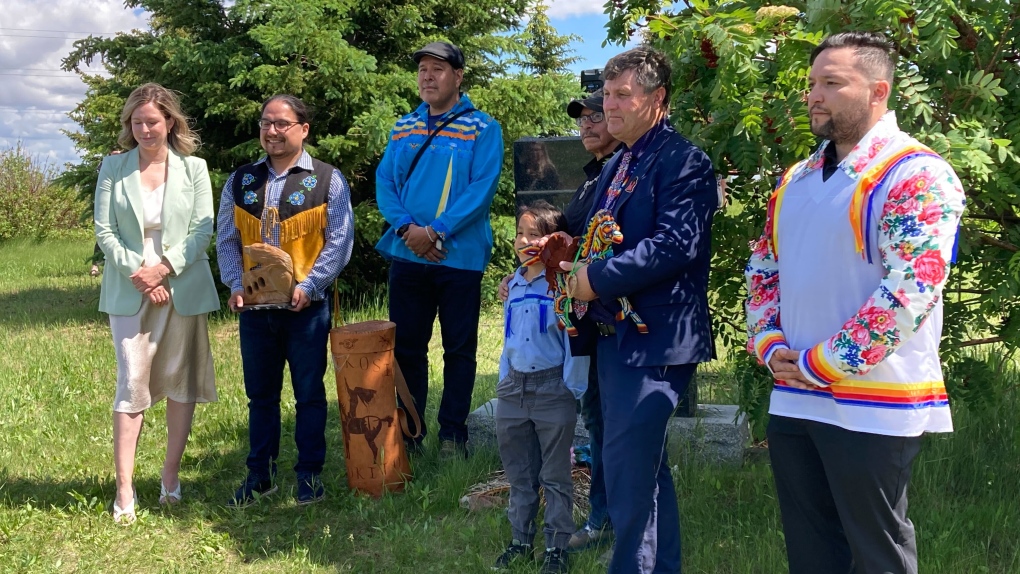 According to the province, now that the land transfer has been approved, full legal ownership of the parcel is still in the works, with an expected timeline of "a few months."

Prasad Panda, infrastructure minister and acting transportation minister, said the surrounding lands will remain publicly owned, with the province managing the "transportation utility corridor around the cemetery in the best interests of Albertans."

"For the people of Enoch Cree Nation it's a deeply spiritual place," Wilson added. "This parcel of sacred land beneath our feet should never have been removed as reserve land.

"So it's only right and it's only fitting that this parcel of land and the sacred burial site be returned to the Enoch Cree Nation."