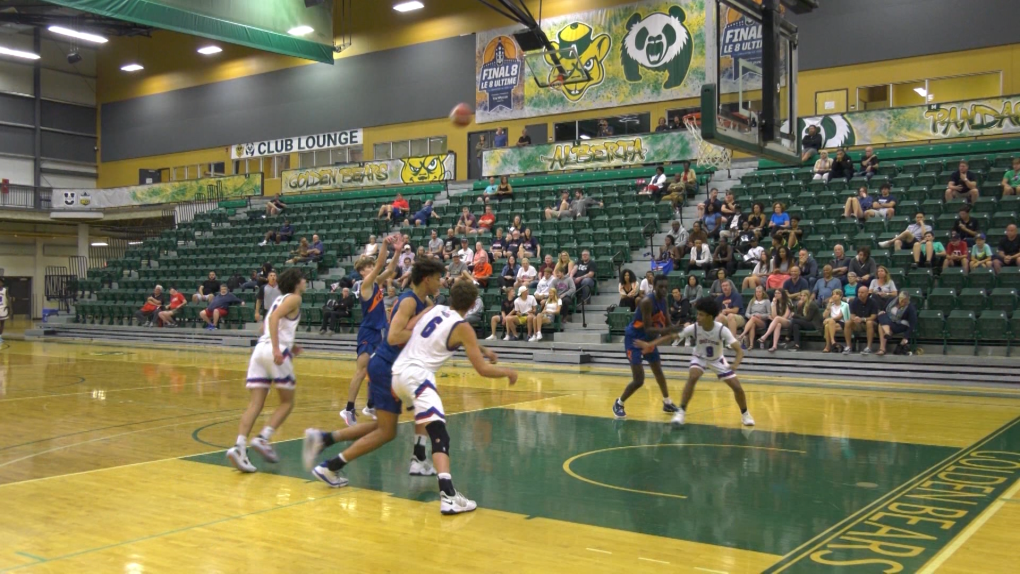 The Alberta U15 men's team beat Nova Scotia to secure bronze in the 2022 National Basketball Championships on Saturday.

The week-long tournament for U15 and U17 men's teams from across the country returned to Edmonton after a three-year hiatus. The women's championship tournament was held in Quebec.

"You really see the gamut and it really is a great showcase of basketball from across Canada."

Of the 10 provinces competing in the tournament, nine of them had both U15 and U17 teams, with P.E.I. only sending a U15 team. None of the territories were able to send teams to the tournament this year, Sir hopes they'll be able to join in future tournamnets.

"Let's just hope COVID doesn’t disrupt or interrupt anything again and we can just keep building, building back bigger and better for the future and have more and more opportunities for young people to play and compete," said Sir.

The Alberta U17 men's team didn't medal, losing to B.C in the bronze medal game, but some are just happy to have the opportunity to get back on the court, according to Sir..

"Through all of COVID the kids are the ones who've had the worst experience because they're in their formative years," added Sir.

"Whether they're an athlete or a musician or just going to school, to just get back to playing again, to just be able to compete… through the roof, the enthusiasm for the opportunity that they've got, it just creates an excitement that we've never seen before and it's gratifying to see everyone have such a good time playing."

23 people taken to hospital after workplace exposure to hydrochloric acid in St. Catharines

Can I book my COVID-19 bivalent booster that targets Omicron? Where each province, territory stands