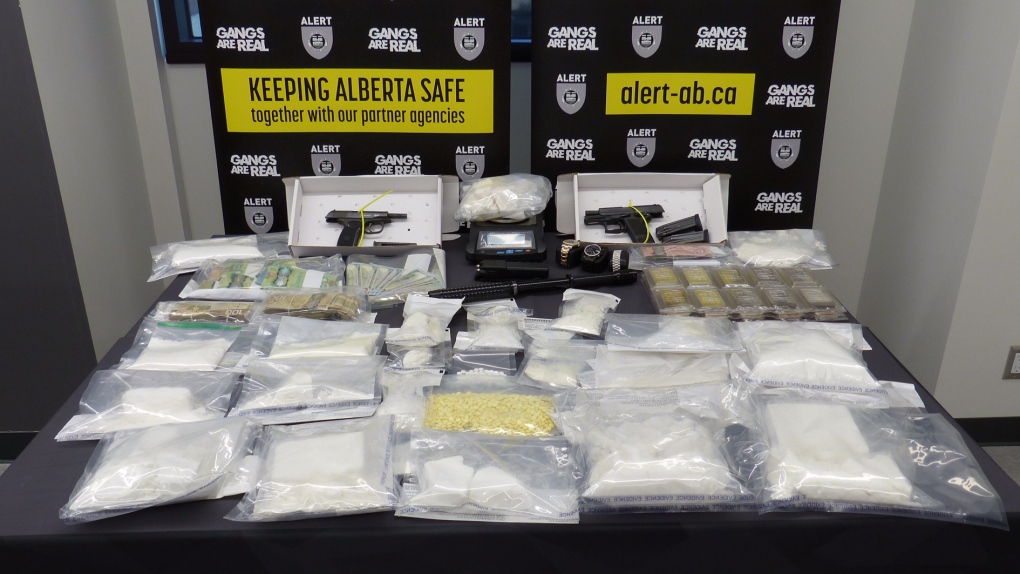 Guns, drugs and cash seized by ALERT as part of an investigation that was announced on June 23, 2022 (Source: ALERT).

An interprovincial gang operation has had more than $800,000 in drugs, cash and jewelry seized, according to Alberta Law Enforcement Response Teams based in Lloydminster.

Project Deception started in May 2021 after an initial bust in the city that straddles the Alberta/Saskatchewan border.

The investigation led to Edmonton and Kelowna-based suppliers, ALERT said. Seizures in all three of those cities happened as well as in Springbrook, Alta., and Vernon, B.C. ALERT said several homes were also searched on June 1.

No one has been arrested, but several suspects from both Alberta and B.C. have been identified, ALERT said.

"Project Deception remains ongoing as investigators are preparing reports and disclosure for Crown Counsel," the statement from ALERT said.

ALERT encourages anyone with information about suspected gang or drug activity in their community to contact Crime Stoppers at 1-800-222-TIPS (8477).