All children hospitalized after school bus crashed released from hospital 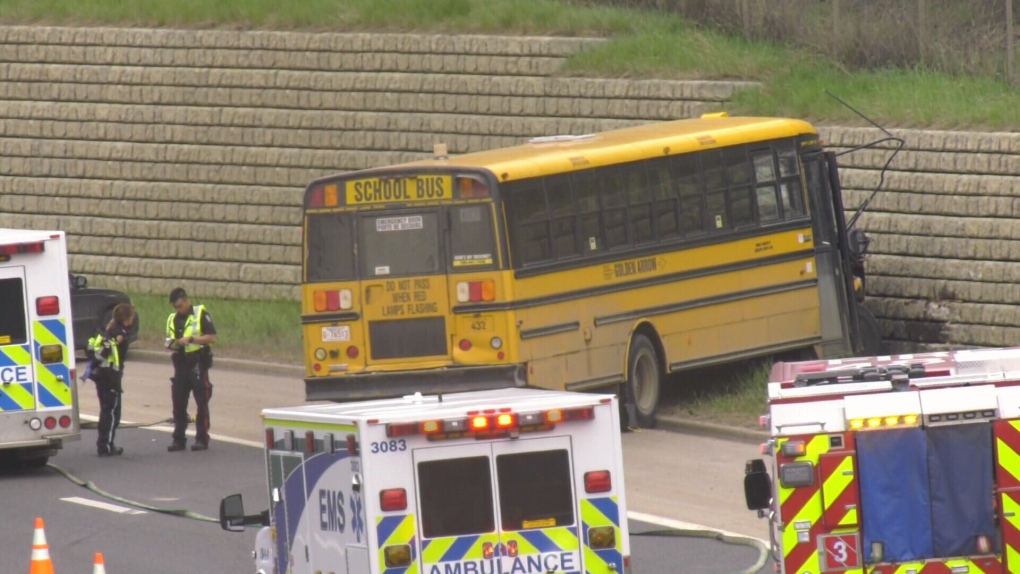 The children hospitalized after their school bus crashed on the Whitemud on Thursday morning have been released, a Golden Arrow Buses spokesperson told CTV News.

The driver of the bus suffered a broken wrist and bruising, one child had a broken arm and another received a broken collarbone, Golden Arrow said.

The driver is planning to take time off work to recover from the crash.

A dozen people, including 11 children, were hospitalized when the bus crashed into a retaining wall shortly before the 149 Street exit on Whitemud Drive around 8:20 a.m.

Another 12 children were not injured and were taken on their way to Meadowlark, Rio Terrace and Lynwood Schools.

Officials have not said what caused the crash.