As the Boeing 787 Dreamliner eased its way to the ramp, keen observers may have noticed the ground crew tending to the aircraft were all women. When the air crew deplaned, every one of them were also female. The arrival of air traffic controllers visiting the passenger gate signalled something truly unusual, as three women from the control tower helped guide the historic flight safely to Edmonton International Airport. It was the first such journey crewed entirely by women. 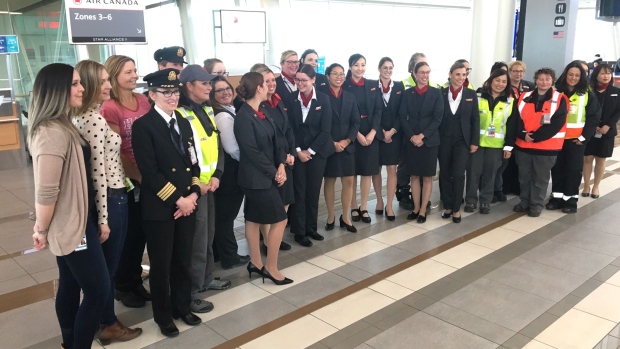 They all gathered to celebrate in the arrival lounge as the event is a first in Canadian aviation history. While this flight was arranged in advance of International Women’s Day to celebrate many strides made in a field off limits to women of much earlier generations, the impact was not lost on those participating.

"It's nice to see that there’s obviously a lot more women involved in aviation, it's kind of a momentous thing," exclaimed air traffic controller Melanie Collins. "It's obviously a big deal because it doesn’t happen regularly, so it's just neat to be a part of and that it's recognized."

Collins has been working in control towers for 12 years, and while noticing more women following her career path, says she hopes its a growing trend.

"There’s definitely been an increase in females, but it's still underrepresented. It stands out a little bit when we have all females in the tower for a day."

Gathering for a photo after the landmark flight, the women in Edmonton were just part of the story. Counting the crew in Toronto that saw the aircraft into the sky, thirty three women contributed to the entire journey. 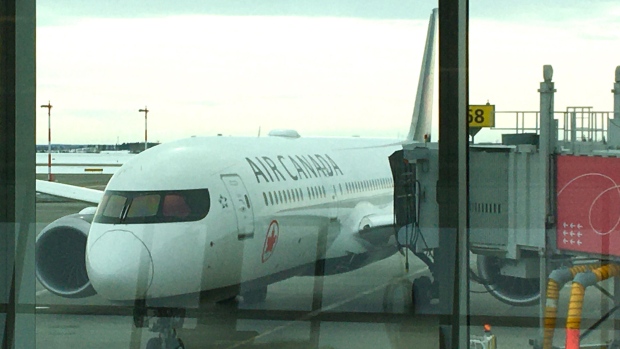 First Officer Stacie Kamin was beaming as she soaked in the event. Flying one of the most advanced passenger aircraft in the world is a dream job for her, one that she knows younger women can now aspire to as well.

"I often say its generational. This wasn’t a career that was available to my mom. My mom was an amazing nurse and she taught me that I could do anything that I wanted to do."

With over 200 female pilots now flying with Air Canada in various aircraft, Capt. Jean Nash appreciates the gains made since she began work on the flight deck 35 years ago. She’s encouraging anyone with skills and passion to take to the skies.

"I love being a part of this and giving the message to the young ladies out there, please try aviation, and men! It's a great career, you won’t regret it. You get to travel the world."