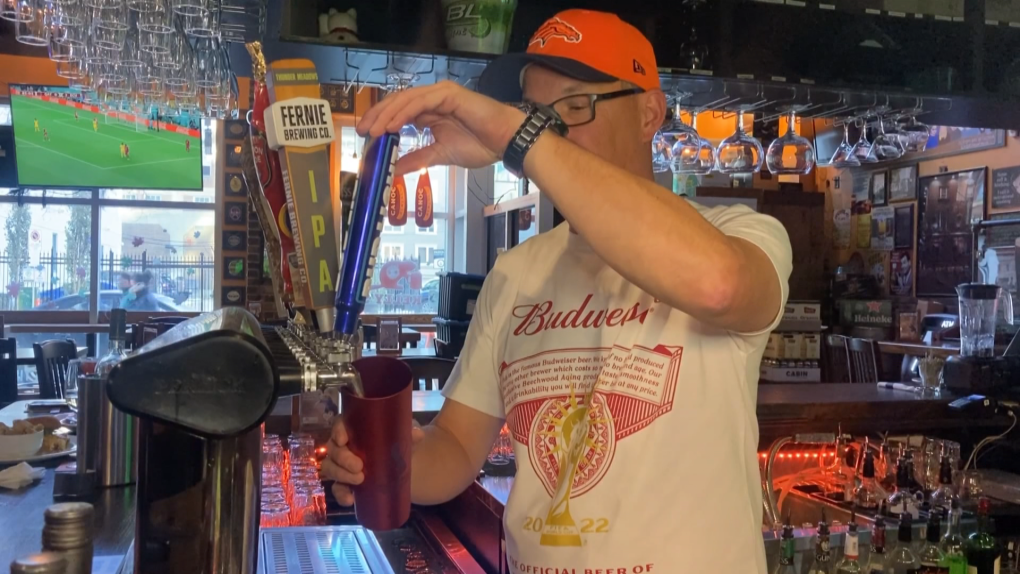 Scott Krebes pours a beer at Kelly's Pub in Edmonton.

Canada will take on Belgium at 12 p.m. local time on Wednesday.

This is the first time Canada has played in the World Cup since 1986, and Edmonton product Alphonso Davies is expected to play a big role for the team.

“I think Alphonso Davies has really created that buzz in the city. And I think he’s on that world stage now, now more people are going to see what a great player he is, other than people in Bayern Munich,” said Scott Krebes of Kelly’s Pub in Edmonton.

“If Alphonso Davies scores on Wednesday, this place is going to be unbelievable.”

The bar plans to open at 7:30 a.m. starting Monday, to serve breakfast to World Cup fans excited for the games.

Krebes says he’s not expecting to see too much backlash surrounding the human rights concerns about the host country Qatar from local fans.

“I don’t think people are going to get in the politics of it, they’re going to let it be a sport,” he said.

“Hopefully Canada gets one win. I think that’s a victory for Soccer Canada, I think that’s all people are really going to care about, and obviously people care about their home country games and that kind of stuff.”