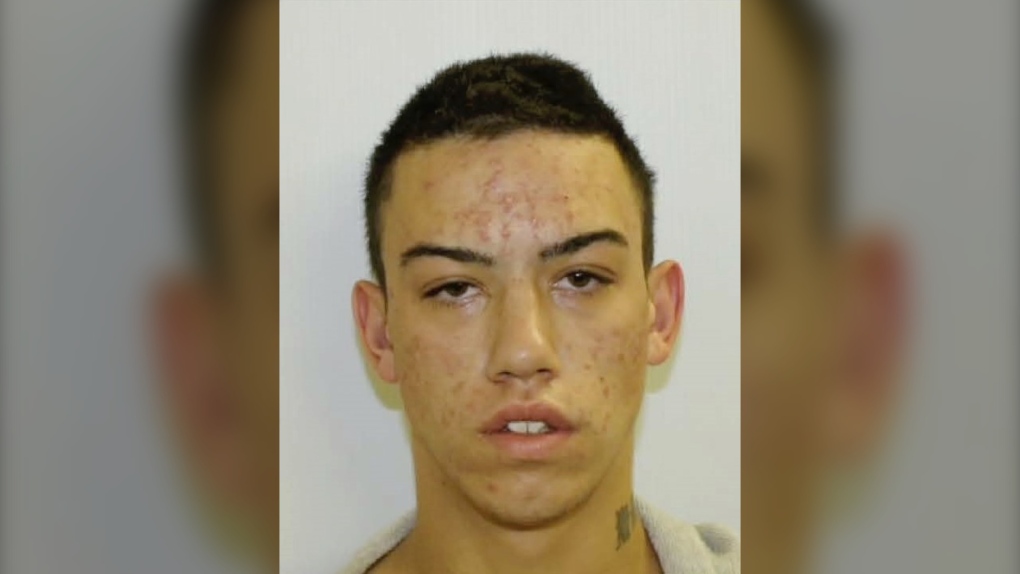 Stuart McMillan, 19, and two men from Edmonton allegedly broke into a home in the Drayton Valley area in July 2020 and fled from police in a stolen vehicle. He was released instead of being transferred from the Edmonton Remand Centre on Jan. 12. (Photo provided.)

EDMONTON -- An Alberta man who was handed a get-out-of-jail free card by way of a "clerical error" in early January is still wanted by police across the country.

According to RCMP, the arrest warrant for Stuart McMillan remains active.

"He has not been located," Alberta RCMP spokesperson Corp. Deanna Fontaine confirmed Tuesday.

The 19-year-old was charged with allegedly breaking into a Drayton Valley home in July.

He was supposed to be transferred from the Edmonton Remand Centre during the second week of January, but instead released on Jan. 12.

A Canada-wide warrant for his arrest was issue shortly after.

Alberta's justice minister said McMillan's mistaken release was due to "improperly filed paperwork" and has ordered a full review of his erroneous release.

Police have warned the public not to approach him if he's seen, but to instead call 911.

He’s described as white, 5’8” and 141 pounds. He has brown hair and brown eyes, police said, and his face is pockmarked.