As the 45th anniversary of her death nears, police are again asking the public's help in solving the 1976 murder of Marie Judy Goudreau.

"She was taken so suddenly and in such a violent manner," sister Monique Goudreau said in a video statement shared by Mounties.

"Sadly, 45 years have gone by. Our parents have since passed and her murder remains an unsolved cold case. Marie's death is a continuing heartache and she is still very much missed by her seven siblings."

It is believed on Aug. 2 Marie dropped a friend off at the former Edmonton Industrial Airport around 9:15 p.m., then visited two other friends at their apartment in the city. Around 10:30 p.m., she left because she had to work the next morning at the Woodward Café in the Southgate Shopping Centre. She lived on the family farm near Beaumont, south of Edmonton and east of Devon.

Marie never made it home.

Her running, abandoned vehicle was reported just after midnight Aug. 3 on Range Road 244, three miles south of Township Road 510. Money and her belongings were found at the scene. 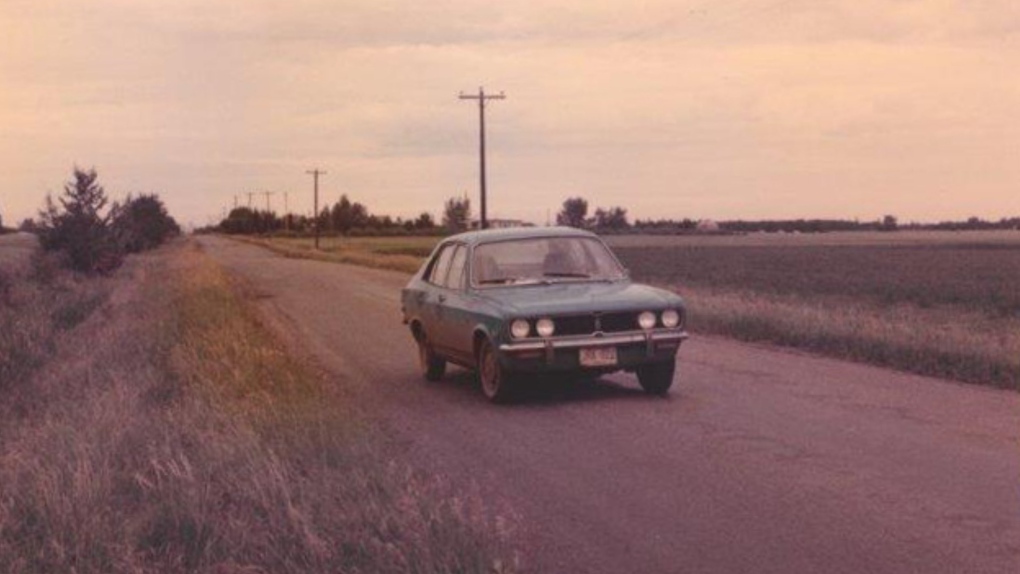 Marie Goudreau, 17, was found dead on Aug. 4, 1976. Her blue Plymouth Cricket was found abandoned and still running on Range Road 244, three miles south of Township Road 510. Money and her belongings were found at the scene. (Photos provided by RCMP.)

Investigators at the time found no evidence she had walked into surrounding fields, and concluded she was stopped on the road and lured out.

"The items that were there really indicate to us that this wasn't a robbery," Staff Sgt. Jason Zazulak with Alberta RCMP's serious crimes branch told CTV News Edmonton.

"There was nothing disturbed. So it appears that Marie left her vehicle somewhat voluntarily, but we don't know that for sure and we don't want to limit ourselves in what we may look at for evidence by trying to make those assumptions."

Despite her body being found a day later, Marie's brown slacks and navy blue socks were never recovered, police say. 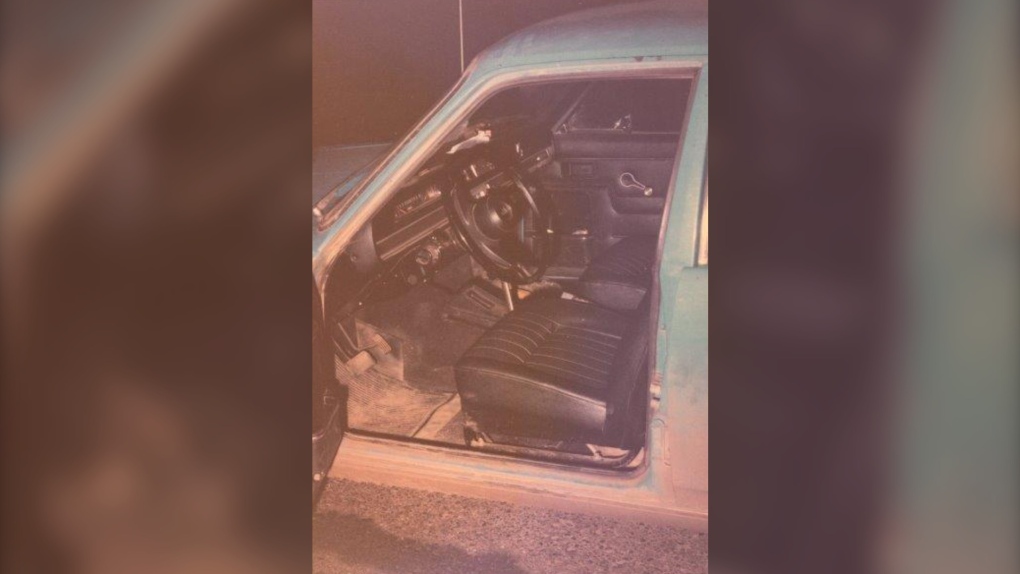 Marie Goudreau, 17, was found dead on Aug. 4, 1976. Her blue Plymouth Cricket was found abandoned and still running on Range Road 244, three miles south of Township Road 510. Money and her belongings were found at the scene. (Photos provided by RCMP.)

What happened that night has been the question at the centre of an investigation spanning decades, more than 600 leads, and several file reviews. In 2005, Marie's case was examined alongside that of other victims whose bodies were found in a similar manner.

Now in 2021, Alberta RMCP's historical homicide unit is working on it again, with better DNA technology than ever before.

"In this case, there were DNA exhibits that were identified and have been tested over the years that haven't matched to anyone, or there was insufficient genetic material to develop a DNA profile," Zazulak said.

Investigators were also never able to identify fingerprints found in the car.

"Please help the police solve this grave injustice and help us bring closure to her family. Someone must know something," Marie's sister pleaded.

"Our 17-year-old sister was a very bright, loveable and vibrant teenager who had just graduated from high school in 1976. She had secured a summer job and looked forward to a career in law enforcement. But her dreams and potential were stolen from her."

Alberta RCMP have about 250 unsolved homicides in their jurisdiction. Zazulak said investigators reopen the cold cases which offer "some reasonable prospect we can move them forward."

"Maybe something you feel is trivial that you just didn't pass along. We're also looking for – over the passage of time – the person who is responsible may have spoken about this to friends or family members and now may be the time for them to reveal that information to the police."

What Mounties are not looking for: unfounded speculation.

"Not a lot of those tips, honestly, are very useful in that with the popularity of true crime podcasts, those sorts of things, where people will look at what's been released in the media and come up with their own theories," Zazulak said.

"We're able to discount those. Unfortunately it takes investigator time and effort that could be spent on actual evidence. So when we put these out to the public, we're looking for people who have actual information."

Anyone with information about the case is asked to contact Leduc RCMP at 780-980-7200 or Crime Stoppers.

Two Canadians detained in late 2019 who were allowed to return to Canada in a prisoner swap were released on bail for health reasons, China's Foreign Ministry said Monday.

Germany's centre-left Social Democrats won the biggest share of the vote in a national election Sunday, narrowly beating outgoing Chancellor Angela Merkel's centre-right Union bloc in a closely fought race that will determine who succeeds the long-time leader at the helm of Europe's biggest economy.

Businesses, schools and cities to observe National Day for Truth and Reconciliation

Businesses, cities and schools across Canada are preparing to follow the federal government's decision to observe the day, in some cases stepping up because provinces won't.

Find your sleep 'sweet spot' to protect your brain as you age, study suggests

How long older adults sleep could affect their brain health, according to a study published Monday in the journal JAMA Neurology. Disrupted sleep is common in late life, the study authors wrote, and associated with changes in cognitive function.

Canada has now fully vaccinated 79.95 per cent of the country's eligible population.