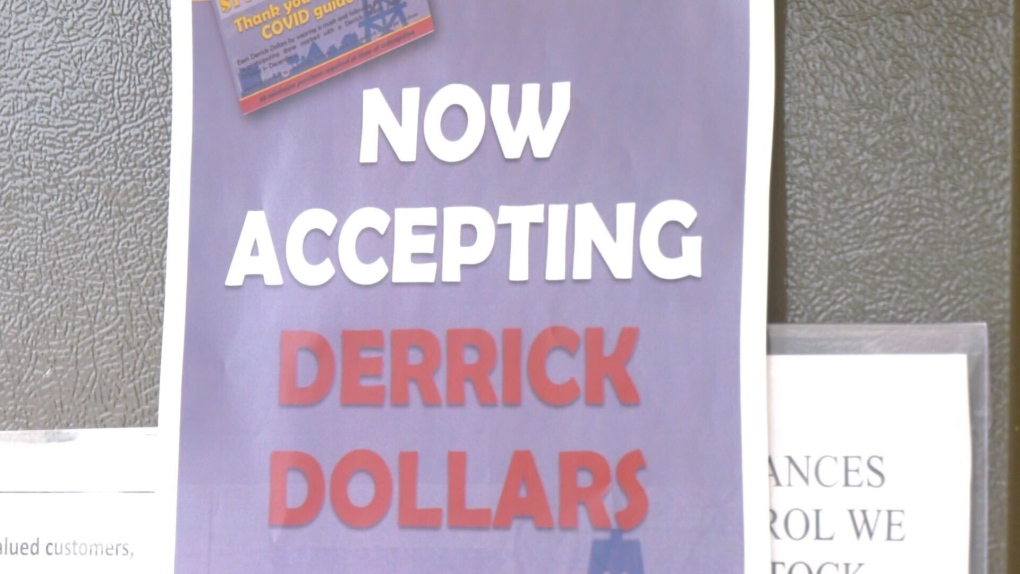 EDMONTON -- The Town of Redwater is trying a new approach to encourage safe COVID-19 practices with its Derrick Dollars program.

In an effort to stop the spread of the coronavirus, Redwater town officials are distributing Derrick Dollars coupons to local businesses so retailers can reward customers who demonstrate safe behaviour like mask-wearing and hand-sanitizing.

“We discussed whether or not it would be worthwhile for us to have a bylaw to put masks mandatory and we certainly heard from a lot of our residents that that isn’t something that they would even consider,” Redwater Mayor Mel Smith told CTV News Edmonton.

“We looked at some other options and we thought perhaps education would be the way to go,” he said.

The town plans to give out $5,000 worth of the coupons during the two-month campaign.

Customers who have been gifted the coupons can use up to five of them at a time at participating stores, when they make a minimum purchase of $5.

Each Derrick Dollars coupon is worth one Canadian dollar. 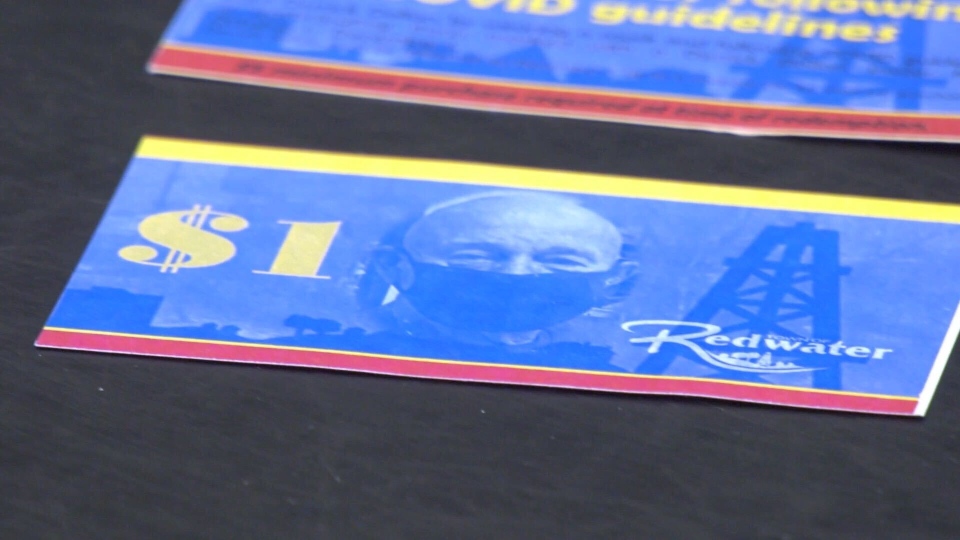 Retailers will be reimbursed $0.90 by the town for every Derrick Dollars coupon that is spent at their business.

“It supports our community,” said Ken Evans, owner of the Redwater IGA. “At the end of the day, it’s all about keeping our community safe.”

Evans told CTV News that his store has been giving out roughly $25 worth of coupons a day since the program began Oct. 1.

“As we walk the store and we see people wearing masks, practising physical distancing, that’s when we walk up to them and just say, ‘Thank you,’” said Evans.

Redwater resident Larry Dorwart was one of those Derrick Dollars recipients and says that he likes the idea.

“I think it’s a very good program,” he said. “It brings awareness and maybe everybody will be wearing masks.”

“They’re not making you wear mask,” added Dorwart, “but they’re encouraging it.”

The town’s bylaw officer, Councillors and other town staff have also been armed with Derrick Dollars to hand out to people they deem worthy, and are not eligible to spend the coupons themselves.

Derrick Dollars are named after Redwater’s giant oil derrick, said to be the largest in North America.

The Derrick Dollars program will continue until Dec. 1 and the coupons will be valid until Dec. 7.

The Town of Redwater has a population of 2,300 people and has no active cases currently on record.

Redwater is 79 kilometres northwest of Edmonton.