Councillors, members of the media and city staff descended on the ETS Centennial Garage in Ellerslie Saturday morning to test their driving skills and see what ETS drivers go through every day.

Branch Manager Eddie Robar was there to join what he calls the “bus roadeo” on one of the 40-feet ETS buses.

“I think limit hitting as many cones as you can is what I’m going to do. I think it gives you a whole new appreciation for what it takes to manoevre a bus through the city,” he said. 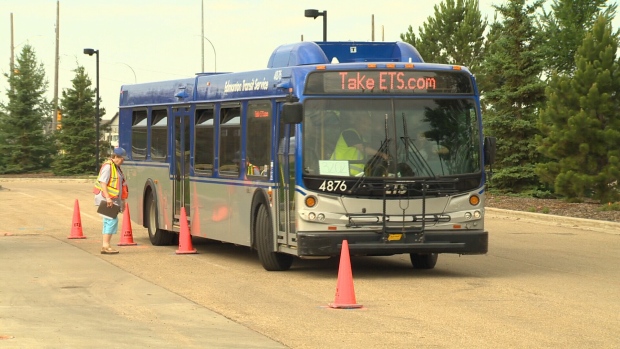 While the morning event is just for fun, Robar said it gives visiting drivers and spectators a better understanding of what the ETS drivers have to do on a daily basis before they see the professionals who will compete Saturday and Sunday.

Robar said that Edmonton bus drivers need to have a class 2 licence and complete an intense six-week training program before they can drive on their own.

This year’s event grew by 25 per cent with 116 participants, according to ETS. 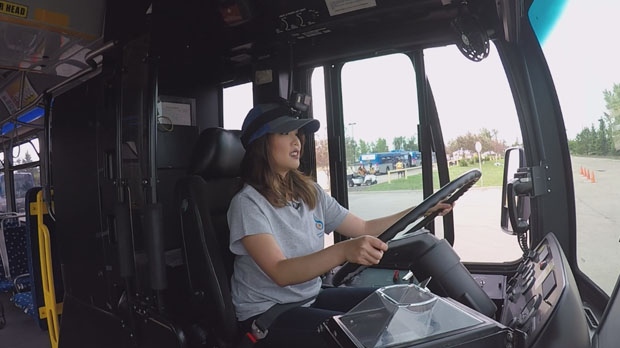 CTV reporter Angela Jung was the second competitor to get behind the wheel. Nervous at the start, she completed the course feeling very comfortable.

“The trickiest part was trying not to hit the barrels or pylons. I sent a few of those flying. The whole time my instructor was telling me to slow down, so when he told me to go faster, I wasn’t ready for it.”

A career change doesn’t look to be in the immediate future. Although, maybe it wouldn't be a bad backup plan for Jung, who came away with the highest score out of all media participants.

Robar joked that although there is no trophy for the amateur portion, “we can make one.” He also really wants to beat his score from last year…although when asked who the worst of the amateurs was, he laughed that it was probably him.

The professional drivers don’t worry about that, though, and can really thread the needle, unlike some of the amateur drives today, including himself.

“What goes into winning is astronomical. There are 12 variants of the course skills with today showcasing five. You have to know what not to hit.”

Although, “Sometimes you hit stuff [barrels] on purpose, too,” he said with a smirk.

“For all of North America they have a full-fledged competition. Our winner last year finished 23rd internationally,which is a great finish for that competition.”

The potential of international competition ‘drives’ a lot of the competitors. The winner of this weekend’s course will go on to compete in Louisville, KY from May 17-21, 2019 against the best competition in North America.