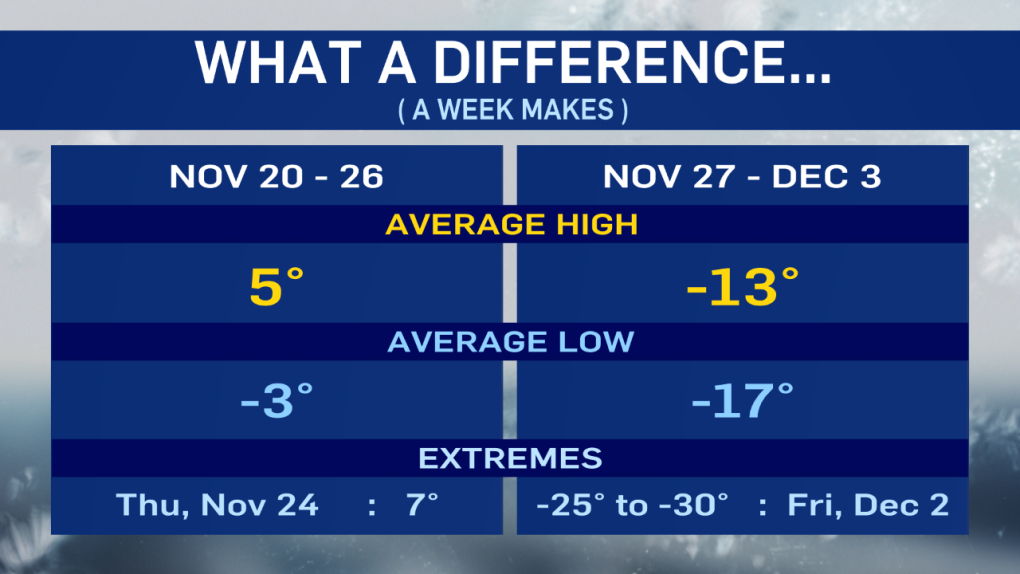 Arctic air is settling in and temperatures will dip below -20 in Edmonton later this week. The city hasn’t been below -20 in November since 2015. It hit -20.3 degrees on the 25th that year. We’ll be VERY close to dropping below -20 on Wednesday morning, the last day of the month. Daytime highs in the -15 range Tue/Wed will be the coldest November daytime highs since 2014.

Edmonton hasn’t had a November temperature below -25 since 2014. We’ll probably avoid reaching that marker this year. But, morning lows in the first few days of December (Thu & Fri) will likely be in the -25 to -30 range.

Comparing this week to last week - Edmonton will be about 15 to 20 degrees colder for average highs & lows. 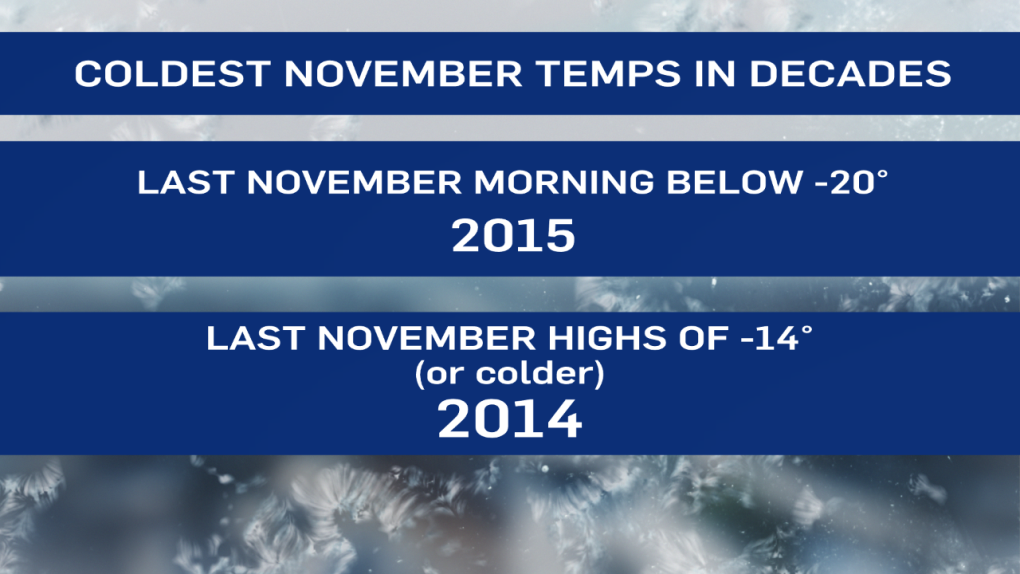 This week’s average high is forecast to be -13. That’s an 18 degree swing.

The average low this week is forecast to be -17. That’s 14 degrees cooler than last week’s average low of -3.

As for extremes, the maximum temperature last week was 7.4 degrees on Nov 24th (last Thursday). After Monday, the city will spend most of this week below -15 with morning lows in the -25 to -30 range Friday. That could give us a maximum swing of 32 to 37 degrees over the course of one week. In fact, comparing last Thursday (Nov 24) to this Thursday (Dec 1), we’ll see a difference of about 25 degrees in daytime highs. From a high of 7 to a high around -18.

Twenty to thirty degree swings in November are fairly common. But, a one-week drop of more than 30 degrees hasn’t happened in November since 2014.

Provincial and territorial finance ministers to meet in Toronto

Deputy Prime Minister and Finance Minister Chrystia Freeland is hosting an in-person meeting today with the provincial and territorial finance ministers in Toronto.

A new survey conducted by Research Co. reveals that more people in Western Canada now support a change in the federal government compared to a similar poll from June.