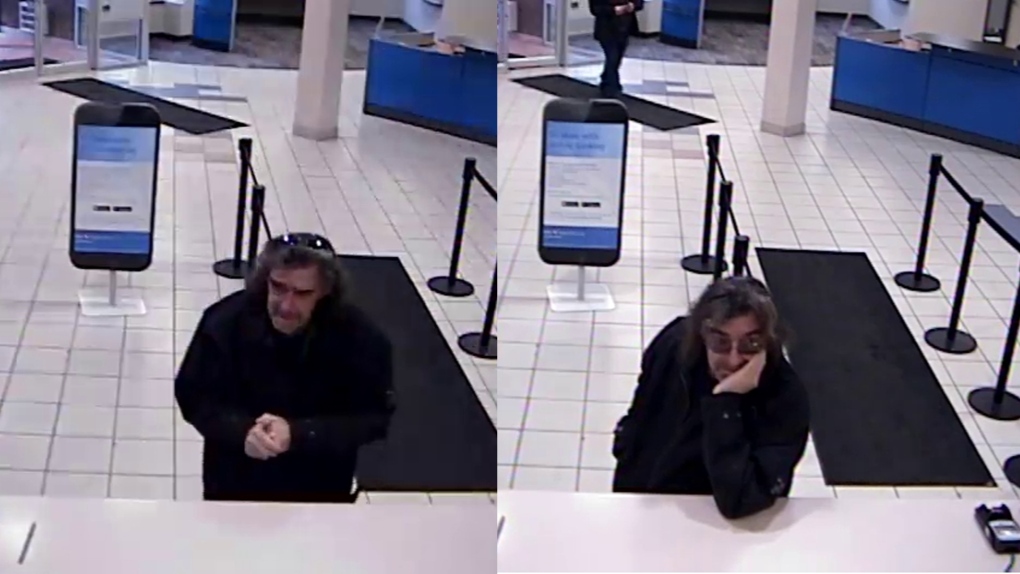 EDMONTON -- An arrest has been made after a bank robbery in Red Deer on Tuesday.

Police responded to the bank at 50 Avenue in downtown Red Deer around 4 p.m.

The robber threatened staff and left the scene on foot with cash.

Investigators released several photos of the robber from the bank's security footage.

On Wednesday, a tip from the public led to the arrest of a 62-year-old Red Deer man in connection with the robbery.

Police have not released his identity, but they are thanking the public for their help in the case.