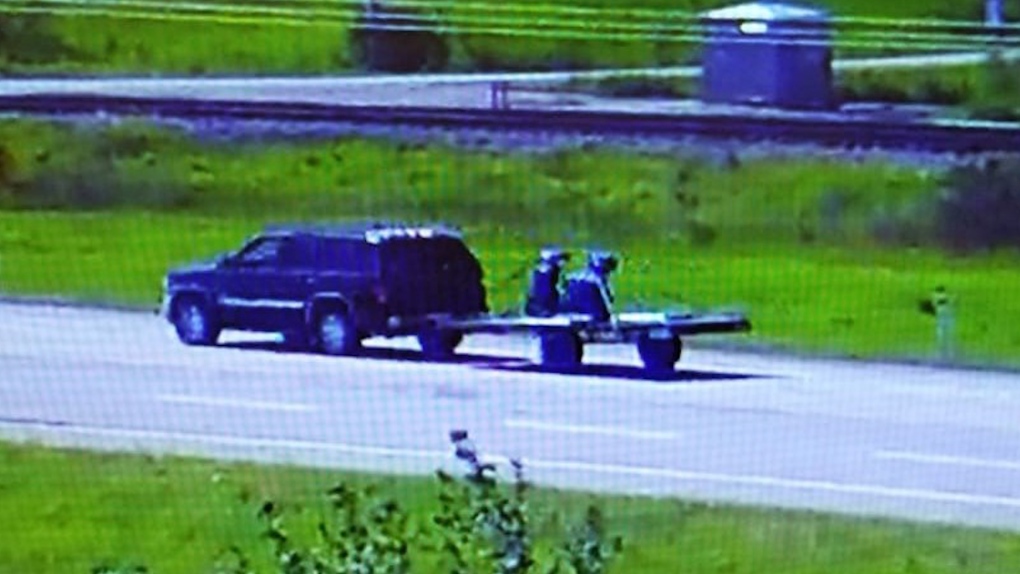 RCMP were looking for the driver of a GMC Yukon SUV, 2000-2006 black or dark blue model, involved in a fatal hit-and-run. (Supplied: RCMP)

EDMONTON -- RCMP say they have arrested a person in an Aug. 9 fatal hit-and-run near Red Deer.

Mounties say the public helped them find the driver of a GMC Yukon SUV that was suspected of hitting and killing a person near the railroad tracks on Highway 2A.

The driver is accused of not staying at the scene.

There are no details on charges yet. RCMP said that information would come later in the week.

The 31-year-old man who was struck was flown to Calgary by STARS but died in hospital. He has not been publicly identified.