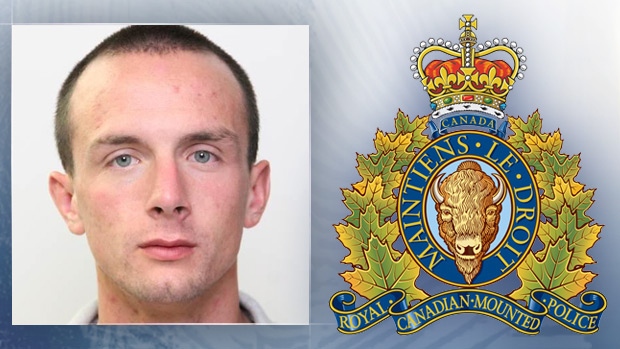 Brandon Feindell, 21, is shown in an undated photo, provided by police. Supplied.

Edmonton police said a man in his 20s was wanted in connection to a purse snatching that left a 74-year-old woman injured.

Back on Friday, March 3, police were called to a theatre in the area of 99 Street and 102 Avenue, after reports indicated a male suspect had taken a 74-year-old woman’s purse.

The woman sustained a broken wrist as a result.

On Friday, police said Brandon Feindell, 21, was wanted on an outstanding warrant, and a number of charges, including: possession of stolen property, two counts each of breach of recognizance, and ten counts each of fraud under $5,000, and use of a stolen credit card.

Anyone with information on his whereabouts is asked to call the Edmonton Police Service non-emergency line at 780-423-4567 or #377 on a mobile phone.