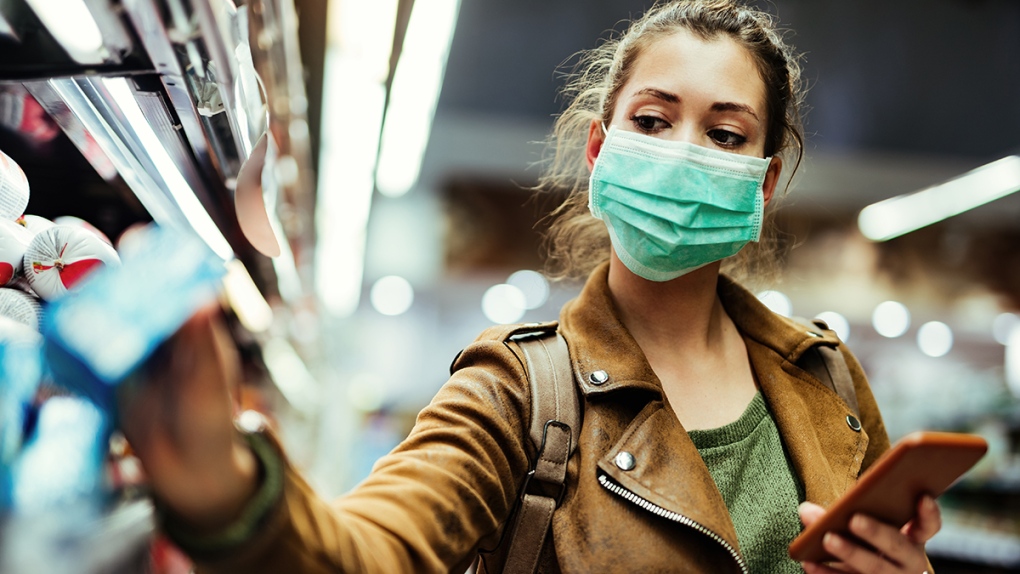 EDMONTON -- Some 1,700 and counting people have signed a petition saying Edmonton’s mandatory mask rule on transit and in city facilities will not be enough.

The petition to Mayor Don Iveson and Ward 8 Coun. Ben Henderson calls for an immediate mandate in public areas beyond those the City of Edmonton operates.

"Otherwise, they will have mandated half a seatbelt or advised half a condom... It is not enough to promote half measures when it comes to masking while in interior spaces."

The petition cites other cities which have made such moves: Calgary, on Tuesday, made masks mandatory in all public buildings and transit come Aug. 1; several Ontario and Quebec jurisdictions have implemented the rule as well.

Williamson’s petition also calls for exemptions for those who are medically unable to wear a mask, and enforcement along the lines of the Toronto bylaw: a $1,000 to $5,000 ticket.

Friday morning, Ward 1 Coun. Andrew Knack said he was pleased with the committee's decision, and that he believed most Edmontonians were, too. He referenced a city survey that found about 70 per cent of respondents were interested in and reported they would feel safer if masks were mandatory in city buildings.

“If we want to ensure we’re keeping our economy open on an ongoing basis… wearing masks would be a really valuable tool to help with that,” he commented.

"We’re seeing that in jurisdictions in the U.S. that didn’t take this seriously enough and now are experiencing the economic pains of a second shut down. So we want to avoid that."

The councillor clarified the Thursday decision didn't necessarily mean the end of the mask discussion, however.

A bylaw mandating masks in all public spaces would require a vote by city council, not just the emergency advisory committee, Knack explained.

The debate will continue at a special council meeting Iveson called for Wednesday – including whether to expand the list of spaces requiring masks, or enforcement of the bylaw.

Knack said his first impression – recognizing there are some who may be struggling to get masks and rather than asking those with medical conditions to justify why they aren't wearing a face covering – is that "we don't need to be heavy handed."

Alberta has maintained it is more sensible to allow municipal governments to make masks mandatory depending on their local situation, despite criticism from Iveson and others.

Edmonton's mayor said the province had left cities in an "unenviable position."

St. Albert Mayor Cathy Heron, too, told CTV News Edmonton she "would have preferred that the province take this approach because this is a health issue, not administration."

She said St. Albert would consider a public mask mandate, but that there were issues to work out first. Among her concerns is creating confusion for the working population commuting between cities or jurisdictions.

"We need to coordinate (an) approach if anything is changed, and so we've actually all morning been having emails back and forth with the nine urban mayors," Heron told CTV News Edmonton on Wednesday.

"The conversation is not a no, but we haven’t made any decisions yet and I would hope to approach it from a regional level."

Strathcona County and its emergency management agency will be meeting next week on the same topic.

Strathcona County and our Emergency Mgmt Agency considering in conjunction with guidance from experts at AB Health Services mandating masks at County facilities/transit, our Emergency Advisory Committee meeting to follow next week.#Strathco #Shpkhttps://t.co/aFjUTOJf0f

The county has not taken the step of making masks mandatory, but "strongly encourage(d)" the public to use face coverings on transit.