As temperatures soared Sunday so did crowds at area parks, beaches

EDMONTON -- “We’re full to capacity now so we’re not going to be able to let you in.” A message repeated over and over by an employee at Wabamun Provincial Park Sunday.

The popular day use area reached capacity by mid-day. Signs on Highway 16 and the road leading to the park warned people the area was full, but it didn’t stop many from trying anyway.

“Just want to find out if there’s room for me. I want to spend the day with my family in here, if not I’ve got to go back home,” said one man. 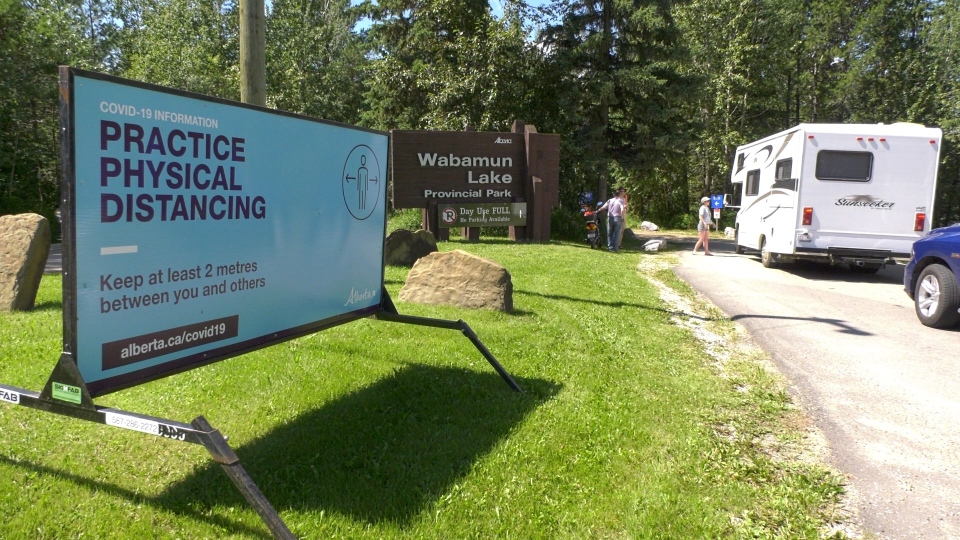 Another couple, arriving to camp with family for a few days couldn’t believe the traffic getting to the park.

“It’s crazy. I never expected a lineup like this. It’s back down now about a kilometre and a half,” they told CTV Edmonton.

Those fortunate enough to make it to the day use area and beach appeared to make an effort to keep their distance.

“And then people just kept coming and coming so we got a little nervous about how close people were getting,” said Becky Werkman, who is camping with her husband, son and nieces for a few days.

She said it looked like “a normal summer day” at the beach. 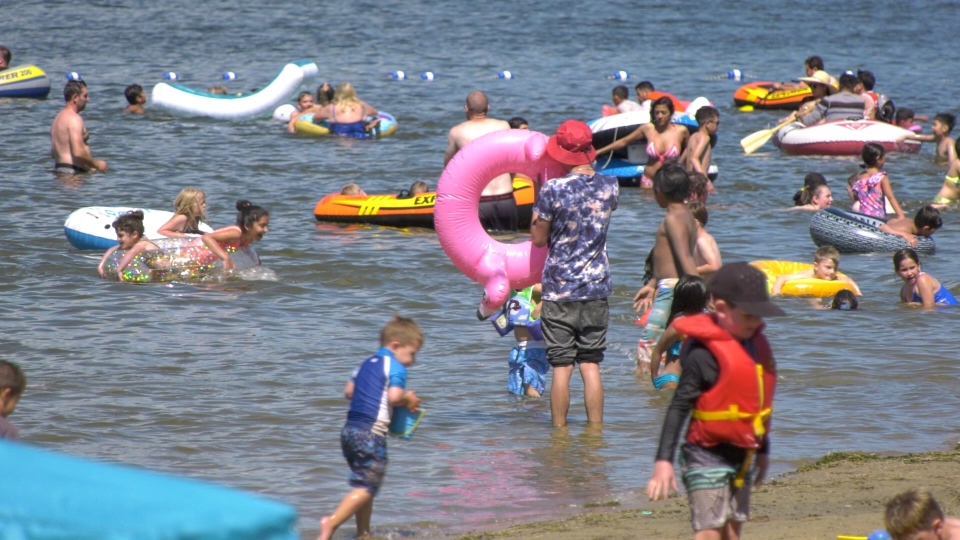 “No one’s really wearing masks, people are, I mean some people are secluded to their own area but people are just kind of going wherever they wanna go,” she said.

As the crowd grew on the beach, Werkman says they moved the kids away to an area away from everyone.

In Edmonton, some stair and park users appeared to do a good job keeping physical distance. 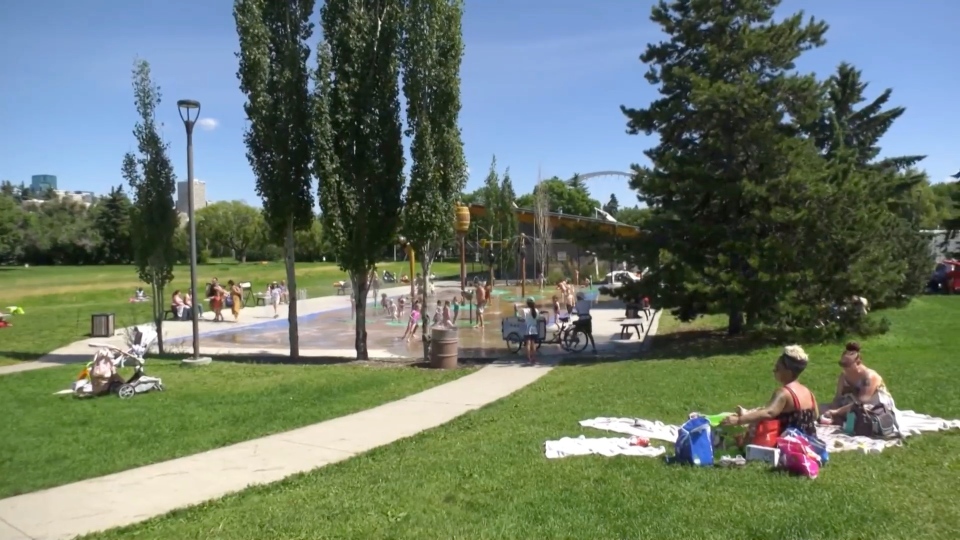 At one city spray park, distance did appear to be kept on the grassy area, but it seemed a little harder to follow the rules closer to the water.

This the first sunny, warm day in Edmonton in what seems like weeks. It’s also comes after repeated warnings from federal and provincial health officials.

“This needs to be a wake up call. I am very concerned by these numbers,” Dr. Deena Hinshaw said on Thursday after several days of high case numbers.

In a statement issued Sunday, the Chief Public Health Officer of Canada said “Younger Canadians are not invincible to severe illness.“

“Sixty-three per cent of COVID19 cases reported to the Public Health Agency of Canada this past week were young people under the age of 39 years and one third (31 per cent) of these were hospitalized for their illness.”

After about two hours at the beach, the Werkman’s are not convinced people are taking the information seriously.

“Not in my opinion no,” Werkman said.

Still, they plan to give the beach another shot this week.

”If it’s too busy we’ll just go home and play in our backyard in a pool,” said Werkman.