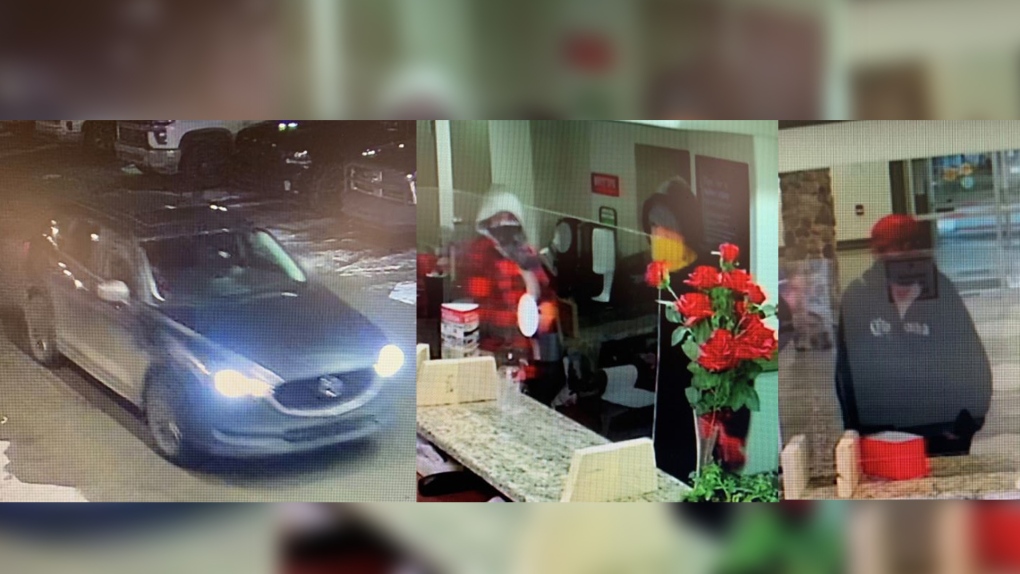 According to RCMP, a pair of robbers threatened employees with a gun and stole cash from the Ramada Hotel in Hinton on Nov. 30, 2020.

EDMONTON -- A staff member at the Hinton Ramada Hotel was pepper sprayed during an armed robbery early Monday morning.

The employee called police around 5:20 a.m., reporting that 20 minutes earlier, a man and woman wearing masks entered the hotel, threatened staff with a gun, and stole cash.

The pair pepper sprayed the worker before fleeing in a grey or silver Mazda SUV, driven by an unknown person who was waiting in the vehicle.

The employee’s injuries were described as minor, although they were taken to hospital for treatment.

In their initial investigation, Mounties have found a man – who was not the man in the 5 a.m. robbery – who was seen on surveillance footage walking around the lobby before leaving the hotel, prior to the robbery.

He was wearing an orange hat, black mask and hoodie, jeans and tan boots.

The female robber was wearing a red-and-black checkered flannel over a white hoodie, black mask, orange gloves and black pants.