Athabasca University responds to UCP in fight over 'near-virtual' policy

Athabasca University responds to UCP in fight over 'near-virtual' policy 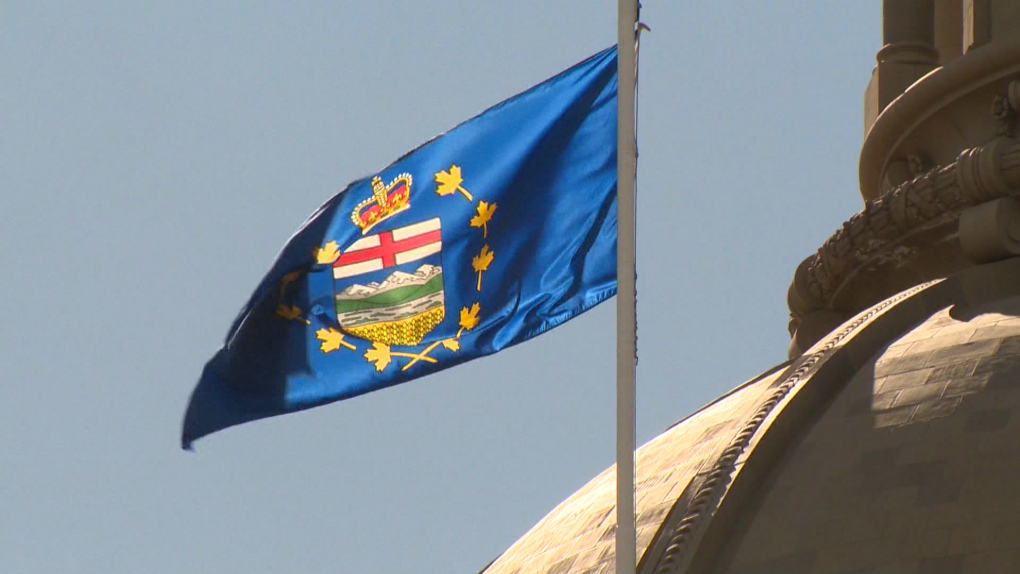 An Alberta online university facing a potential multimillion-dollar cut in a policy fight with the province says it will consider the government’s latest demand but has not committed to complying with it.

“Our executive team and members of our board of governors will review this material. We are committed to continuing to work with the (Advanced Education) ministry to find innovative ways to better meet the needs of our learners,” Athabasca University president Peter Scott said Wednesday in a statement.

Scott’s statement did not specifically say whether the university will abide by the direction given to it last Friday in a letter from Advanced Education Minister Demetrios Nicolaides.

Nicolaides, in the letter, advised the online university's board of governors that if it didn’t deliver by the end of September a plan to have more employees physically work in the town of Athabasca, it could face a cut to the $3.4-million monthly instalment of its base operating grant.

Nicolaides wants the university to have more of its staff and its executive members in the town, located 145 kilometres north of Edmonton, to fulfil the mandate of economic diversification that led to the university being relocated there from Edmonton 40 years ago.

Scott has rebuffed such direction since taking over the top job in January.

He has argued that demanding employees work in the town of fewer than 3,000 people does not further the mandate of quality education but in fact detracts from it by making it harder to recruit top-quality candidates.

Scott’s written response also suggests further fraying of the relationship between the province and the university in the standoff.

Scott noted the university responded, as requested, with details on such a plan by an earlier June 30 deadline, but never heard back from the province until the Friday letter from Nicolaides that warned of a possible funding cut.

“(Athabasca University) responded to the minister of advanced education’s request in the spring and delivered a draft talent management plan by the June 30 deadline. While we requested a followup meeting with the minister, the university did not receive a meeting or any feedback on the plan from the minister or the ministry,” wrote Scott.

“I spoke directly to the university board chair both before and after the report was submitted on June 30,” Nicolaides said in a statement.

“The report they submitted did not answer the questions posed by government and did not provide a clear timeline or plan to have senior administrative functions be based in the town.

“I was hoping the university would provide clear dates, costs and plans to make this happen, but this has not occurred so I must take additional steps.”

The debate is over the university’s long-standing “near-virtual” plan.

Prior to the COVID-19 pandemic, the university instituted the plan to give employees more freedom over where they carried out their work. That plan was accelerated when the pandemic forced people to work from home.

In May, the province replaced Nancy Laird as Athabasca University board chair to accelerate the shift away from "near-virtual." Laird was replaced by Calgary lawyer Byron Nelson.

Local residents have also taken up the fight.

The advocacy group Keep Athabasca in Athabasca University has argued for more local presence, concerned that a small fraction of about 1,200 school staff are left in the town.

The group hired a lobbyist to plead its case. In March, Premier Jason Kenney himself came to town to promise the province would make changes to bring people back.

Athabasca University has about 40,000 students.

This report by The Canadian Press was first published Aug. 3, 2022.

LIVE | Following live: Quebec Election 2022 coverage and live results as they come in

After 36 days, the Quebec election campaign is now over and voters are heading to the polls Monday to choose the next provincial government. Follow along as CTV Montreal provides coverage of election day and the results when they come in.

Appearing before the House of Commons Finance Committee on Monday, Deputy Prime Minister and Finance Minister Chrystia Freeland defended the government's response to Canadians' affordability concerns as 'focused' and fiscally responsible. With the passage of the GST rebate-boosting bill through the House all but a foregone conclusion, Freeland was peppered with questions from opposition MPs on a range of topics, including inflation.

A new project called '4000 Cover Stories' is re-imagining the stories of missing and murdered Indigenous women and girls in Canada with the front-page prominence their families feel they deserve, with advocates planning to deliver the massive newspaper to the prime minister.