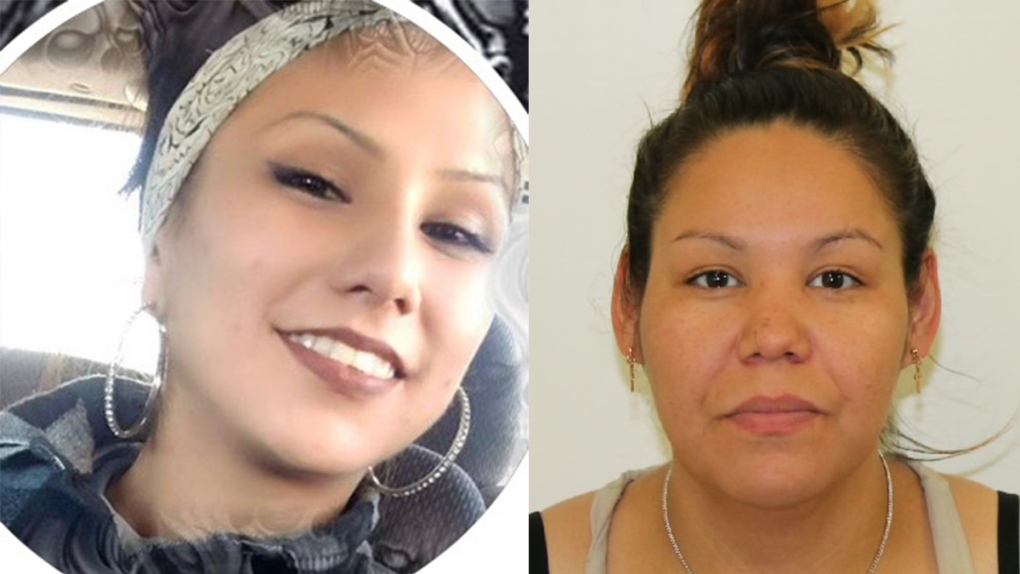 RCMP have issued warrants for the arrest of Venessia Cardinal (left) and Bobby Auger (right) in connection to the attempted murder of a 26-year-old man in a northern Alberta First Nation on Feb. 12, 2020. (RCMP)

EDMONTON -- Two women are facing attempted murder charges after a man was taken to hospital in a northern Alberta First Nation last week.

High Prairie RCMP responded to a firearm complaint in the Whitefish First Nation on Feb. 12 at approximately 12:30 a.m.

A 26-year-old man was taken to hospital with non-life threatening injuries, RCMP said.

Bobby Fawn Auger, a 30-year-old woman of Peace River, and Venessia Katelynn Cardinal, a 26-year-old woman of Marten Lake, were both charged with attempted murder with a firearm, assault, break-and-enter, and a number of firearm-related offences.

Their whereabouts are unknown and police have issued warrants for their arrests.