Aurora names new CEO, expects up to $1.8B in goodwill impairment charges 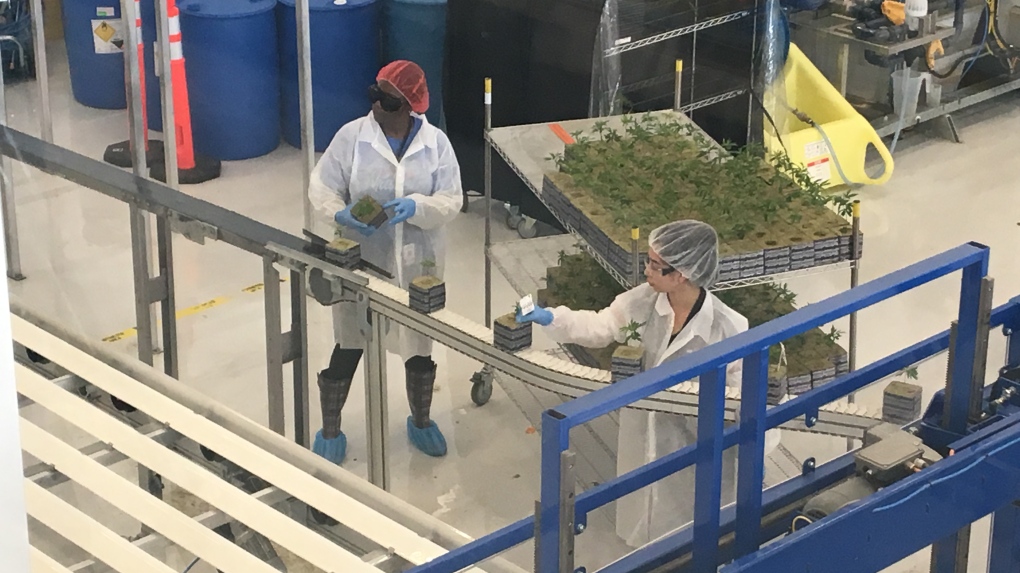 Inside of the Aurora facility in Edmonton.

EDMONTON -- Aurora Cannabis Inc. has a new leader just as the company is bracing itself to record up to $1.8 billion worth of goodwill impairment charges.

Martin replaces Michael Singer, who has been interim CEO since the retirement of Terry Booth in February and will remain executive chairman.

“We took a step back and said 'what do we think is right for the organization?' and we thought Miguel without a doubt because of all the credentials and his ability to hit the ground,” Singer said in an interview after the announcement.

“He knows the team and is really well entrenched within the organization.”

Martin will be focused on making the company profitable in the Canadian market and building an international strategy.

His appointment comes at a rocky time for Canadian cannabis companies.

Many were already restructuring when COVID-19 started spreading in Canada, bringing a new series of financial hardships.

The industry has seen massive writedowns, collectively laid off a few thousand workers and permanently shut down some facilities.

Aurora said Tuesday that it is expecting to incur a non-cash writedown of goodwill and intangible assets between $1.6 billion and $1.8 billion in the fourth quarter of its 2020 financial year, which ended on June 30.

The writedown includes $140 million in inventory charges and a $90-million asset writedown.

“This was, I think, just a cleanup of the past and it really allows us to now focus on the future,” Singer said.

As part of that cleanup, Aurora will end its partnership with the Ultimate Fighting Championship, a mixed martial arts organization.

The multi-year, multi-million dollar partnership was meant to help conduct clinical research on the relationship between 100 per cent hemp-derived CBD products and pain management, inflammation, injury recovery and mental well-being for athletes.

The partnership came at a time when Aurora thought the U.S. Federal Drug Administration was farther ahead on regulation of CBD and the market looked different, Martin said.

“Today, while I'm particularly quite bullish, it is not there yet,” he said.

“So when you look at something like the tremendous investment in the assets of UFC, it doesn't make sense for us.”

Aurora will make a one-time payment of US$30 million to terminate the contract in the first quarter of next year and said ending the agreement will help it avoid more than $150 million in fees, research costs and marketing expenses over the next five years.

Between the termination and the writedowns, Aurora is predicting its net revenue in its fourth quarter to be between $70 million and $72 million, compared with $75.5 million in its third quarter.

Cannabis net revenue, the company said, is expected to be between $66 million and $68 million, compared with $69.6 million in the third quarter.

Aurora plans to release its full results for its fourth quarter and financial year ended June 30 after the close of markets on Sept. 22.

The announcements sent Aurora's stock tumbling by almost four per cent to reach $10.68 in mid-morning trading.

This report by The Canadian Press was first published Sept. 8, 2020.