'Bad use of taxpayers money': Edmonton offering $600K in rebates for e-bikes and chargers 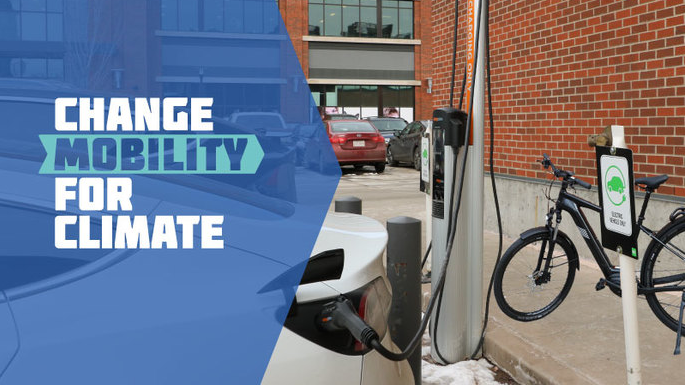 EDMONTON -- The City of Edmonton will spend $600,000 over the next 3 years to help residents buy electric bikes and vehicle chargers, which one councillor called a “bad use of taxpayer money.”

The Electric Vehicle Charging and E-Bike (ECEB) Rebate Program officially opened Wednesday and will provide funds to an estimated 400-600 Edmontonians who choose to “electrictrify their transportation.”

The money will be awarded on a first come, first served basis and proof of residency is required.

“Edmontonians interested in purchasing an electric bike (e-bike) can apply for rebates covering 30 per cent of the cost of the e-bike, to a maximum of $750,” city spokesperson Ashish Mohan wrote in a release.

Rebates for electric vehicle chargers max out at $600 for homes and $10,000 for businesses.

Money for improving the energy efficiency of commercial buildings and adding solar panels to homes was also announced Wednesday.

“Residents and businesses can benefit from immediate savings that will help kick start the economy, while also investing in upgrades that can provide long term (environmental) benefits,” Mayor Don Iveson was quoted as saying in a city news release.

Councillor Mike Nickel called the rebates a “bad use of taxpayers money,” though he acknowledged $600,000 is a small piece of the city’s $3 billion operating budget.

“Grants are great if you get them personally, but it’s not so great for everybody else that has to write the cheque for them,” Nickel told CTV News Edmonton Wednesday, suggesting the money may have been better used improving energy efficiency of city facilities.

“Every dollar counts. And it just sends a horrible message to people who are tightening their belts, losing their jobs, and shutting their businesses,” Nickel added.

The announcement comes a week after Iveson called Edmonton’s financial situation “dire,” while asking other orders of government for COVID-19 related emergency funding.

The funds for the ECEB were approved in 2019, Mohan said.

“The development, design, and funding of these programs were committed to in 2019 prior to the public health emergency,” Mohan included in a follow-up email.

More information about the rebate program can be found here.