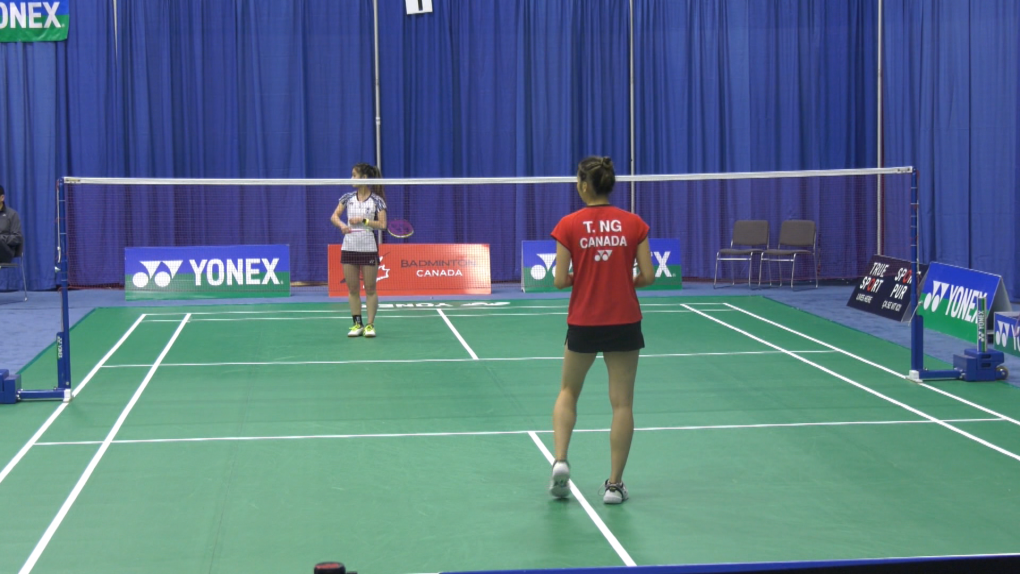 Over the next eight days, Sherwood Park will be home to the Canadian National Badminton Championships at Millennium Place.

The invitational tournament will see more than 200 players compete, including an Olympian and a Pan-Am Games Champion, from the under 11 to senior age categories.

This is the first national event of this scale since COVID-19 postponements back in 2019.

"It's exciting for us because for the U11 and U13 we've got them in their first national championship playing in the same venue as our Olympic hopefuls, some current Olympians, including our new short, para (wheelchair, standing, and short stature) competitors," said Jeff Bell, tournament director.

Talia Ng, from Thornhill, Ont., one of the competitors at the tournament, is ranked 74th in the world and is excited to play in front of an Edmonton-area crowd.

"It's good to have these big tournaments in places where badminton isn't too big because then we can promote the sport and local people can come out to watch it," Ng told CTV News.

"Badminton's not that big of a sport in Canada," she added. "It's slowly getting more recognition."

After graduating from university recently, Ng turned her focus on badminton full-time, completing a European circuit of three back-to-back tournaments. She hopes to raise her world ranking in the next year.

"That's my goal, to make it to the Olympics and compete with the world-class athletes," Ng said.

Sherwood Park and Edmonton residents can watch the competition for free with proof of residence. For more information, visit the tournament's website.

Aid shipment to Afghanistan cancelled due to anti-terrorist law

Two containers of food bound for Afghanistan have been cancelled by a Canada-based aid agency because of a law banning any dealings with the Taliban.