EDMONTON -- One man is trying to make golfing seem a bit more normal while people have new rules to follow while out on the greens.

Playing golf is a little different since the arrival of COVID-19, and courses have had to adjust. Players must practice physical distancing, but the biggest change is when they take out their putters.

“It seemed like they were taking putting out of the game, because we couldn’t touch the flagstick...some were just putting pool noodles in, flipping the cup over,” said Knittig. “It actually wasn’t quite the same. The ball could still bounce out.”

In an effort to restore some normalcy on the greens, Knittig created a device that allows players to avoid contact with the flagstick and doesn’t affect the ball.

“I actually called it TAP IT, and the whole reason is that once you get your ball in the hole you just walk up, turn your club over and use your grip, and you just tap it and the ball pops out easily,” Knittig told CTV News Edmonton. 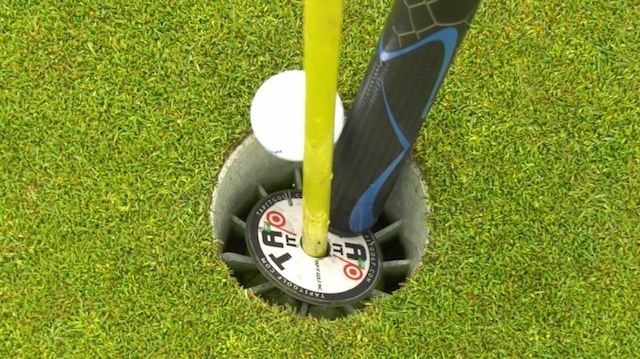 The patent is pending on Knittig’s device, which is getting a trial-run at the Barrhead Golf Club. Most players are stunned by its simple design; it basically looks like a small CD.

“This is a great device. The ones that I’ve seen in the States…are half the hole and all that stuff. This is a great idea,” said golfer John Osborne.

“There is a ruling with the USGA that you can’t have a device touching the flagstick that’s three inches above the ground or three inches below the cup...Mine, it actually wouldn’t affect the ball in any way...There’s nothing stopping the ball beyond the normal confines of golf,” said Knittig.

A simple device, and solution, born in Barrhead during a pandemic.