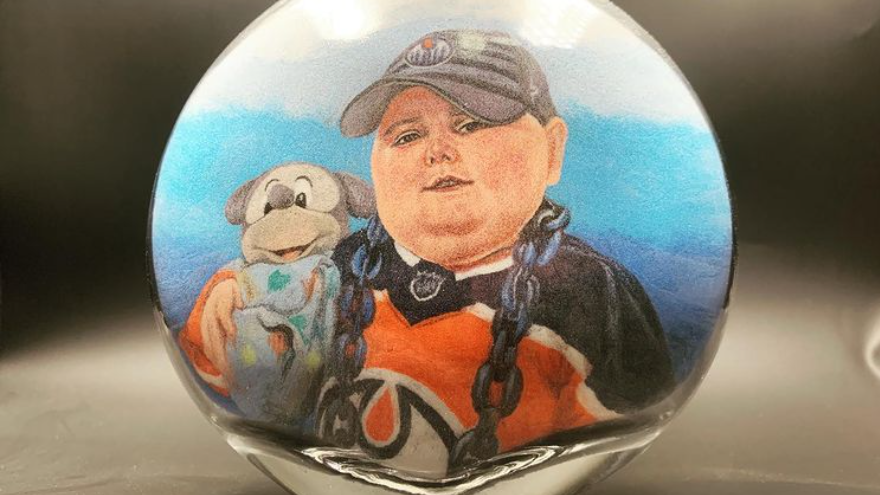 As many Edmontonians mourn the loss of the Oilers' smallest playoff ambassador, Ben Stelter, an artist across the country is also paying homage.

James Sun is a Toronto artist who uses coloured sand to create layered works of art. When he heard that Stelter had died, he said he wanted to create a piece commemorating the energy the six-year-old superfan put out into the world.

“All around the world, people saw his story,” said Sun, adding that he wanted to capture Stelter’s iconic moment in time.

“It really touched me, because his smile – you know, he’s a little guy but he’s got a lot of energy and he inspired a lot of people, even the teams.”

The piece took Sun 24 hours over two days to complete. When finished, he sent it to the Oilers and they posted it on their Instagram. Sun said the timelapse has gotten over a million views, and he’s received positive feedback on the piece.

Sun has recently been in contact with Stelter’s father, talking about where the piece will go and if the family or the Oilers will keep it.

Closer to home, another tribute to Stelter is taking place at three restaurants in Edmonton. Woodshed Burgers have made the ‘Ben Burger’ a permanent fixture on their menus. 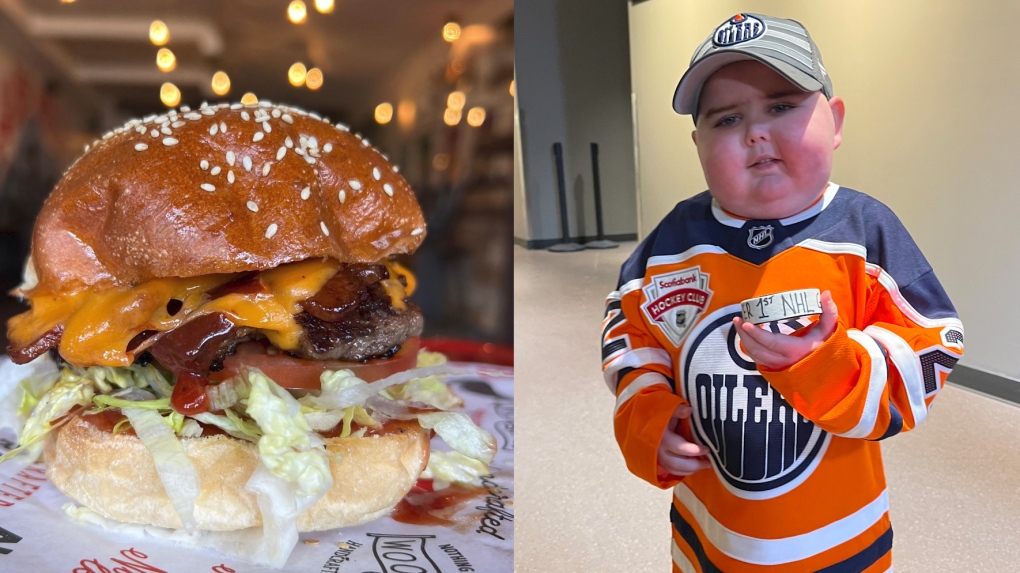 The Ben Burger (Source: The Woodshed) was created in honour of 5-year-old Ben Stelter (Source: Edmonton Oilers).
The burger was designed by Paul Shufelt, Woodshed chef and owner, and Stelter as a fundraiser for the Kids with Cancer Society during the Oilers’ spring playoff run. It’s basically a bacon cheeseburger, but with ketchup on both buns – just the way Stelter liked it.

Woodshed announced on Instagram Monday that the burger would be put on the menu at all three locations indefinitely, with $1 from each one sold going to the Kids with Cancer Society.

“We fell in love with him,” Shufelt said. “What a great kid and courageous kid.”

“He left a lot of marks on this community and people won’t soon forget his impact.”