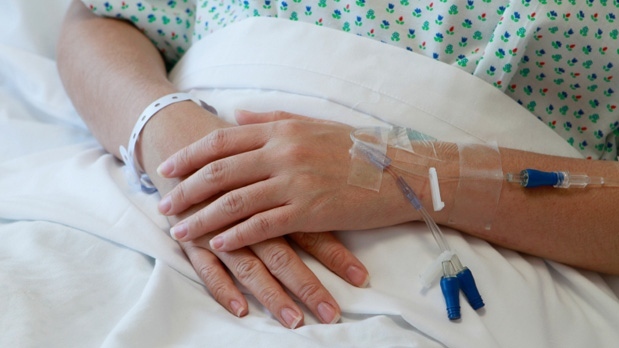 EDMONTON -- Whether the "conscience rights" Bill 207 will head to the Alberta legislature won't be decided until a committee hears more public feedback on the controversial proposed legislation.

The bill prompted lengthy debate Monday morning during a meeting by a standing committee on private members' bills.

Williams reiterated Monday he wants to make sure Alberta doesn't follow Ontario's footsteps in having "an aggressive college policy that effectively forces doctors into a position where they're made to be compelled to participate against their beliefs."

The comment was a reference to an Appeal Court of Ontario ruling this spring which affirmed a lower court ruling that physicians who object on moral grounds must offer patients an "effective referral" to another provider.

Monday's debate—like the bill's early criticism—centered around the impact it would have on Albertans' access to services like abortion, contraception, euthanasia or medically assisted death.

"To say that [Bill 207] is not a limitation on access to service seems to be very farfetched, particularly for rural and remote areas where there may be one provider," NDP Edmonton-Whitemud MLA Rakhi Pancholi said at the meeting on Monday.

"If that provider is not even required to provide a referral to another service or service provider, than really the access for that individual for that service has been curtailed," she said.

Williams responded that services like the Primary Health Care Integration Network or Health Link ensure access to health care doesn't end, adding referrals themselves have been seen as a violation of rights.

"Referrals are a direct endorsement of a procedure for a particular patient, as far as many of these conscientious objectors are concerned."

Janis Irwin, the Official Opposition's critic for women and LGBTQ issues, told CTV News Edmonton she found it "quite shameful" Williams couldn't say explicitly he had consulted with members of the queer community in drafting the legislation.

"That's unfathomable. Because if you're talking about a bill that impacts severely the rights of that community, you should be talking to them about it," she said.

Williams said he'd be happy to talk to any Albertan, but that "there is zero intention to attack vulnerable Albertans and their access to health care."

Outside of the committee meeting, Health minister Tyler Shandro said while he hasn't made a decision on Bill 207 yet, he wouldn't support legislation that impacts Albertans' access to health care.

"I absolutely support non discrimination. I support access to health care services. And to the extent that if there's any concern to those two things, I would be voting against a bill that didn't comply with those concerns of mine."

However, Justice Minister and Solicitor General Doug Schweitzer said his constituency has sent a "clear signal" in opposition.

"I'm all for private members bringing forward ambitious legislation. But you gotta make sure it's done right, and right now, this is a little too much, I think, in its current structure, and some reform is needed," Schweitzer said Monday.

"It's taking on too many different issues all at once that are very complicated, sensitive, and require feedback from Albertans."

Following the meeting, Williams said he was excited to continue stakeholder consultations.

The committee must report to the legislature by Nov. 28.