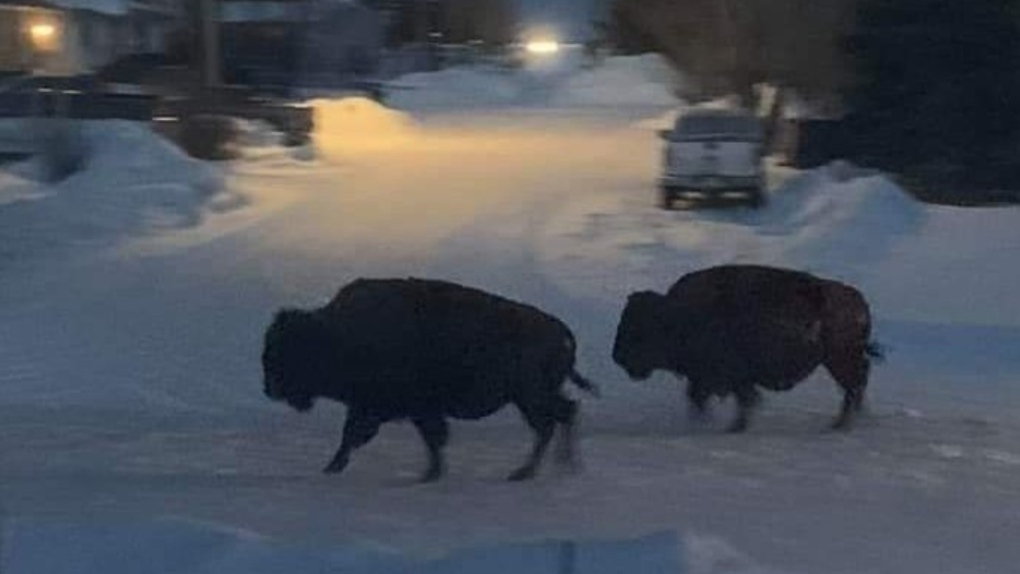 EDMONTON -- The chase is on after a small herd of bison escaped from a trailer and went on the run through a small town in west-central Alberta.

The massive animals were spotted running wild through the Village of Hythe, about 48 kilometres northwest of Grande Prairie, on Tuesday night.

"RCMP and others are assisting with this situation," the local fire department wrote on Facebook. "Please take caution and do not approach the bison."

Still, many posted photos and videos of the bison running through properties and in one case, near a gas station.

"They came through our property around 9:30 this morning," said Kelly-Ann Burgess. "According to the school my daughter attends in Valhalla they were north of our house about an hour and a half earlier because they were causing the school bus to run late picking up a few of the last kids."

RCMP say the owner of the bison had parked his trailer at a Husky station when the livestock worked a side door open.

"All 15 bison exited the livestock trailer and dispersed in the Hythe area," RCMP said.

They're asking drivers to be on the lookout for bison on roads. They were last seen in the area of Highway 43 north of Hythe and near Township Road 744 and Range Road 101.

Warning: Explicit language is used in the below video.