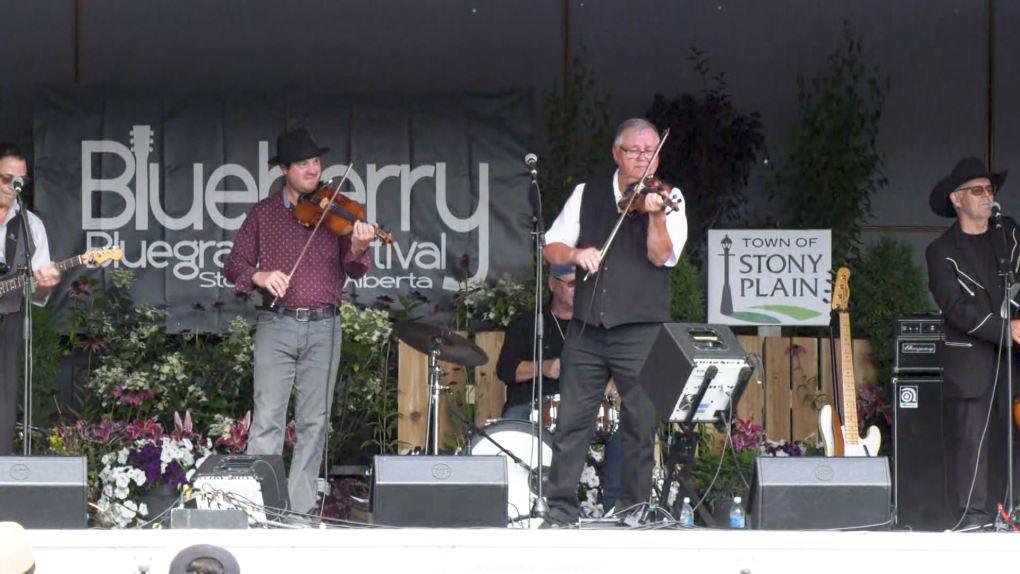 The Blueberry Bluegrass Festival is wrapping up Sunday in Stony Plain after several days of unique musical experiences, according to organizers.

“We think of it as, for families especially, a great way to introduce children to the arts, when they can see music being made.”

The event features over 18 bands from all over Canada and the United States.

Part of the magic of a bluegrass festival is that if people see others sitting out in front of their campfires playing an instrument, anyone is welcome to join in and jam, added Somerville.

“It’s really about community… Blueberry is all about hands on, things to do, we don’t want you just passively sitting in the audience, we want you up and moving around and meeting people,” said Somerville.

“You cannot play bluegrass by yourself, it’s a collaborative kind of music, you need a band.”

The two-time International Bluegrass Music Association Event of the Year festival is expecting between 3,000 and 4,000 throughout the three day event. The final act is expected to hit the stage around 6 p.m. Sunday.

Salman Rushdie, the author whose writing led to death threats from Iran in the 1980s, was attacked Friday as he was about to give a lecture in western New York.

Former U.S. President Donald Trump has called for the 'immediate' release of the federal warrant the FBI used to search his Florida estate, hours after the Justice Department had asked a court to unseal the warrant, with Attorney General Merrick Garland citing the 'substantial public interest in this matter.'