Earth is the sideline and also the main setting in a new book that explores the risk taken by astronauts and their families during the 1960s space race.

Far Side of the Moon, by Edmonton author Liisa Jorgensen, retells the story of the first men to see the moon's other face during the Apollo 8 mission.

Commander Frank Borman and pilots William Anders and James Lovell Jr. made history during the December 1968 space trip, which was considered an overall success. 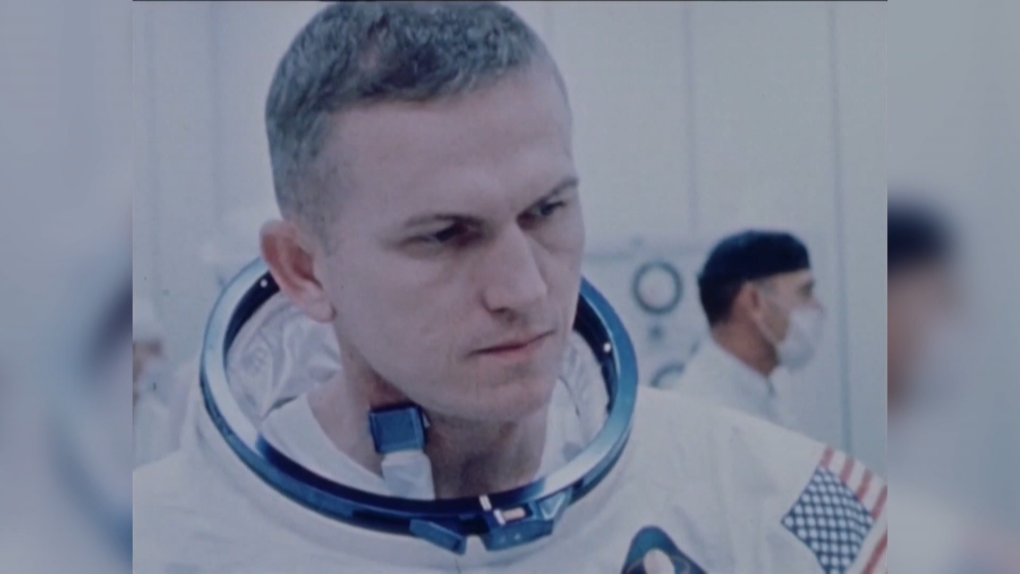 Frank Borman appears in this photo from 1968. (Source: NASA)

But there had been no guarantee of that when the men were still on Earth, or even that they'd return.

In her first book, based on a series of interviews with Borman about his relationship with his wife, Susan Borman, Jorgensen explores the toll of NASA's goals on a woman watching her husband risk his life in the name of science.

"In my research, (I) started realizing that the wives had not really been represented," Jorgensen said.

"I didn't want them to ever come off as being victims in any way. They very much believed in what their husbands were trying to accomplish and so they supported them in any way they could, even though there was a very good chance they would end up widows." 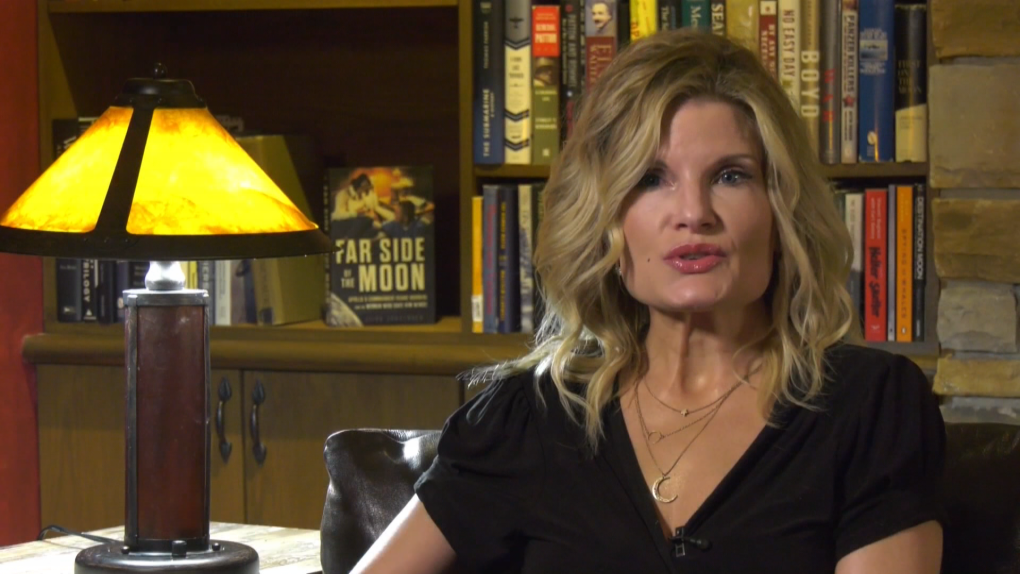 Far Side of the Moon, by Edmonton author Liisa Jorgensen, retells the story of the first men to see the moon's other face during the Apollo 8 mission and the impact their mission had on their families.

Jorgensen began interviewing Borman, now 93, at his Montana home in 2019.

She says the conversations provided an intimate glimpse into the years surrounding 1968, when pressure and attention on Borman's mission were highest.

An earlier Apollo catastrophe killed three astronauts. Borman was tasked with the redesign to carry men to the moon, also effectively the space program's last lifeline. There would have been no Apollo 11 without Apollo 8.

"So you can imagine he just wasn't around," Jorgensen told CTV News Edmonton.

The astronauts' wives were overnight celebrities, expected to dress a certain way and often followed by reporters. 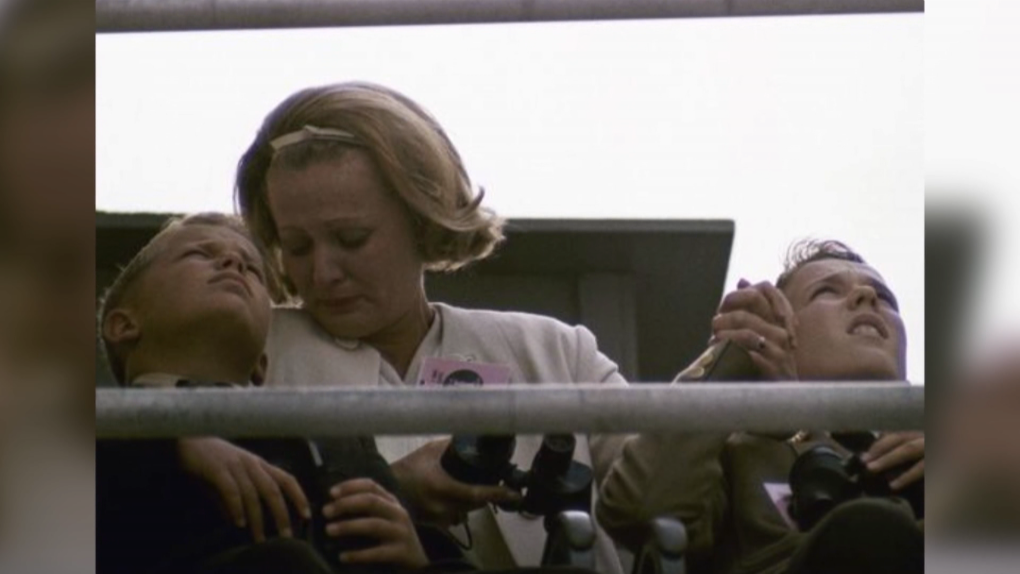 Susan Borman is shown in this photo from 1965. Source: NASA

"That amount of stress at some point comes up, and it did later."

The writer said Borman was "very open and honest about everything, the ways that he felt he contributed to her suffering."

"He wasn't trying to gloss anything over at this point in his life."

In fact, Jorgensen said the astronaut didn't even hesitate when she proposed the book -- she believes to give his late wife a voice. 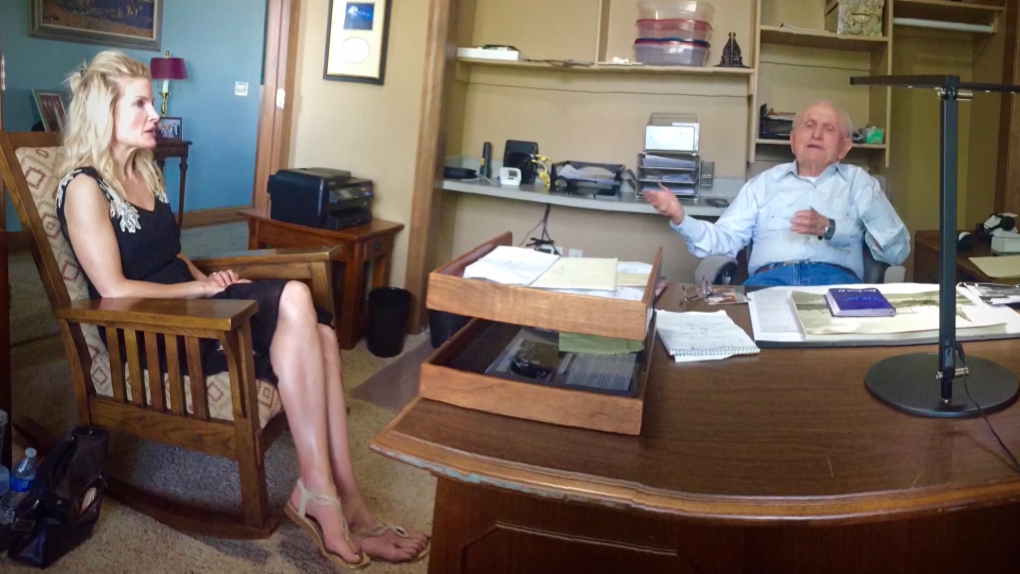 Far Side of the Moon, by Edmonton author Liisa Jorgensen, retells the story of the first men to see the moon's other face during the Apollo 8 mission and the impact their mission had on their families. She is pictured here, left, with Apollo 8 commander Frank Borman. The book is based on interviews with Borman about his eight-decades-long relationship with Susan Borman.

The Bormans' relationship spanned eight decades. Susan died with Alzheimer's in September 2021. Jorgensen met the non-verbal woman once; she says Susan smiled as they held hands.

"I think she would say thank you. I know I would."

The book, subtitled Apollo 8 Commander Frank Borman and the Woman Who Gave Him Wings, goes on sale in December.

Jorgensen and her husband's company, Myth Merchant Films, also has the rights to develop a movie and has begun work on a script.