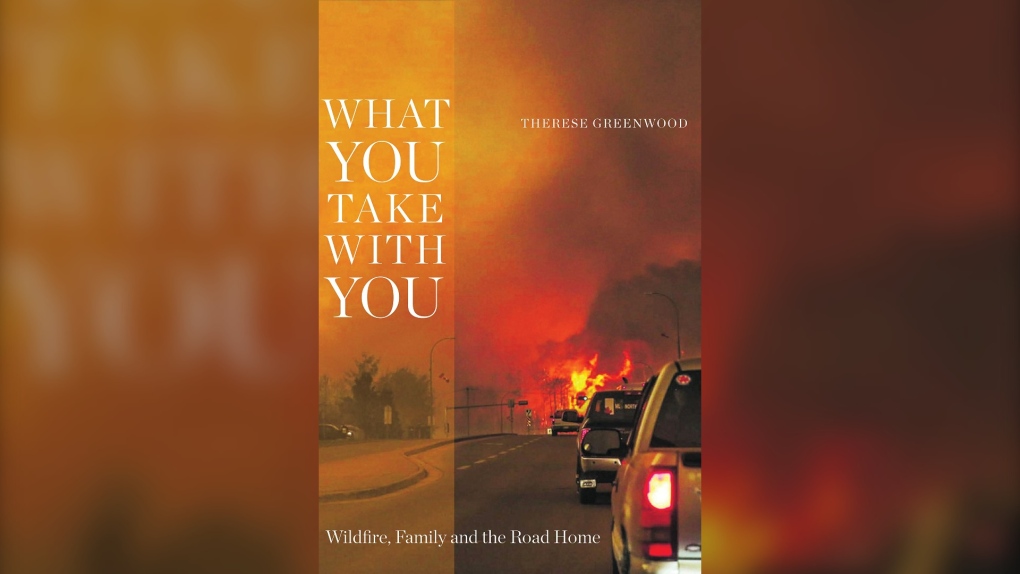 Therese Greenwood's book, What You Take With You, is an amalgamation of life lessons on the resilience needed to recover emotionally and mentally following the May 2016 disaster. (Source: Amazon.ca)

Greenwood's book, What You Take With You, is an amalgamation of life lessons on the resilience needed to recover emotionally and mentally following the May 2016 disaster.

“Everyone who evacuated the fire and who lost their houses has their own story to tell,” said Greenwood. “I had to think about what makes my story different but also how my story is the same as everyone else's.”

The book analyzes what Greenwood took from her home as authorities began ordering the evacuation of Fort McMurray. She had only 15 minutes to grab what she needed.

“I just ran around with this box and stuffed things in it,” said Greenwood. “I realized later when I was looking at them that they were all things given to me by somebody who had passed away.”

Greenwood said each object she took in the frenzy of evacuation had a subconscious and special meaning for her.

“I realized they were little life lessons in a box. Every person who had given me one of those things had taught me something about resilience,” said Greenwood. “The things in the box were actually the things I needed for the rebuild and the recovery.”

Each chapter of her book explains the life lesson tied to these objects and how Greenwood applied those lessons to the aftermath of the fire. She said this personal reflection has changed her own image of herself as a writer.

“I was surprised when people told me there were a couple parts that brought them to tears,” said Greenwood. “I've never thought of myself as the kind of person who could illicit that kind of emotion.”

“A lot of my story as a child is also their story,” she said. “They're a very big part of it and it was impossible to write the book without them in it.”

What You Take With You brought Greenwood closer with her family but it also brought her closer with the community in Fort McMurray.

“The feedback that people have very kindly given me was that I captured what it actually felt like,” said Greenwood. “People have said it can be a very tough book to read and it touches on feelings that are still very raw up here.”

For Greenwood, Fort McMurray has taught her a lot about strength in difficult times. People have always been there to help her and others through the fire, April's flooding and the COVID-19 pandemic.

“People are very practical and about pitching in and everybody helps everybody,” said Greenwood. “I know everyone thinks their town is like that, but they're not. There's just something special here.”