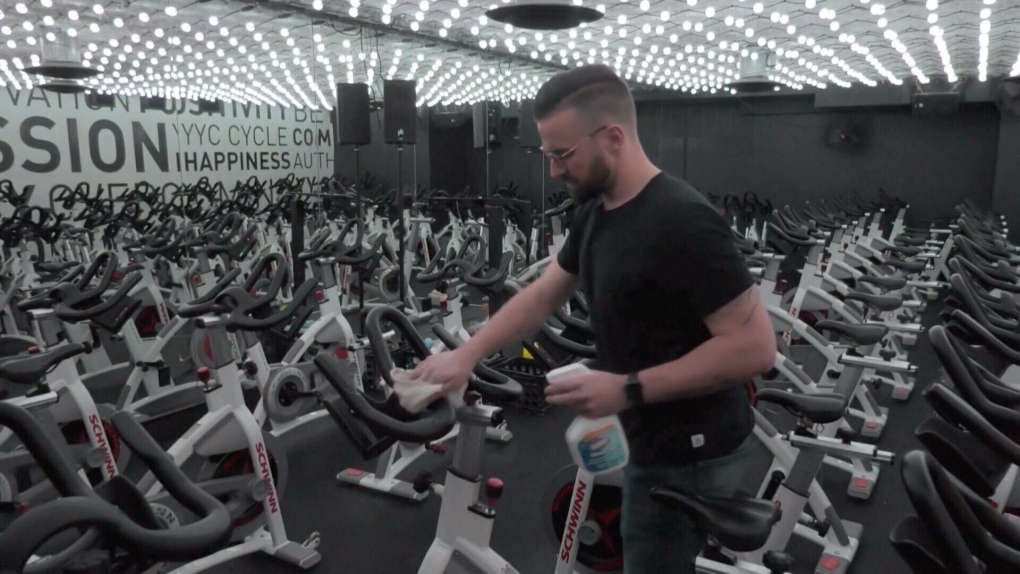 EDMONTON -- Some Alberta boutique fitness studio owners have sent a letter to the province’s chief medical officer of health asking to be among the businesses included in Stage 2 of the relaunch.

The letter (attached below) includes a list of health and safety protocols the authors say would be implemented in all small gyms in order to reopen. It was sent to Dr. Deena Hinshaw Friday after she encouraged businesses to outline their strategies for complying with COVID-19 guidelines.

“Certainly if there are businesses or sectors that are looking through the workplace guidance documents and that are feeling like they can take measures to comply with all of the measures that are written out there, then I would really encourage those businesses to do so,” said Hinshaw Friday. “But really I can’t guarantee that there will be any chance to shift between stages, because we have to take so many different things into account."

READ MORE: Here's what the Alberta government is telling businesses ahead of relaunch

Right now, all gyms are earmarked to reopen as part of Alberta‘s Stage 3 relaunch plan, but some small gym owners say they shouldn‘t be painted with the same brush as their larger gym counterparts.

“We put together a boutique fitness studio standards of health and safety protocol document, which very clearly outlines the steps that our smaller studios are willing to take,” said Andrew Obrecht, YEG Cycle and YYC Cycle owner, as well as one of the letter's authors.

“We want a commitment from all of those boutiques fitness studios that we can all abide by a certain specific protocol, so that we can continue being part of the solution."

An online petition asking these fitness studios be included in Stage 2 has been signed more than 11,000 times.

In Alberta, a gym or recreational facility is considered a boutique fitness studio when its floor space is less than 5,000 square feet.

“We’re not asking to open tomorrow,” said Obrecht. “We’re simply asking for Dr. Deena Hinshaw and Premier Kenney to understand that the businesses within our economy can’t quite easily be summed up and grouped up into three phases.”

The group of four small gym owners has not received a response from Hinshaw.