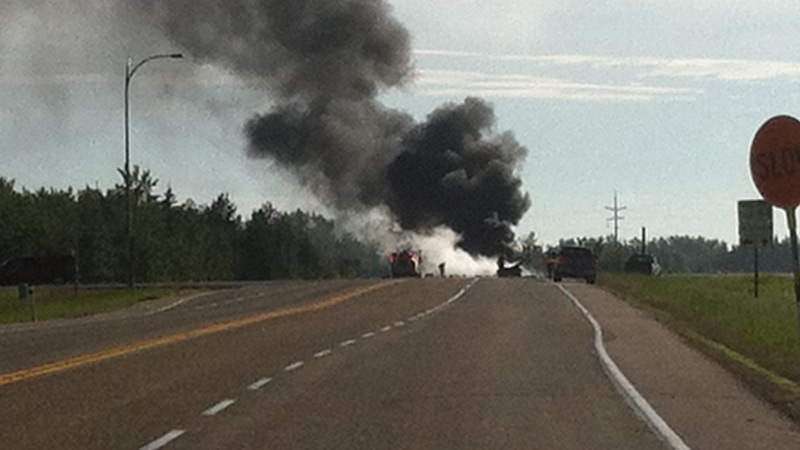 Smoke rose from the scene of a fatal collision between a tanker truck and a minivan on Hwy 63 near the Village of Boyle on Monday, June 24.

RCMP in northern Alberta have confirmed one man died as a result of a fiery crash on Highway 63 near Boyle early Monday morning.

On Tuesday afternoon, RCMP said the driver, and lone occupant of a minivan, died in a collision with a tanker truck at about 4 a.m. Monday.

The semi-truck was carrying gasoline, and after the crash, the wreckage of the vehicles burst into flames.

The damage to what was left was so extensive that police couldn’t confirm how many people were inside the van when it crashed.

Police said the minivan had been turning onto Highway 63, and didn’t stop, before colliding with the truck on the highway.

Investigators said the Medical Examiner determined the man killed in the crash was 47-years-old, who has been identified – but his identity will not be released by RCMP out of respect for the family.

Boyle RCMP said no charges will be laid in this case.