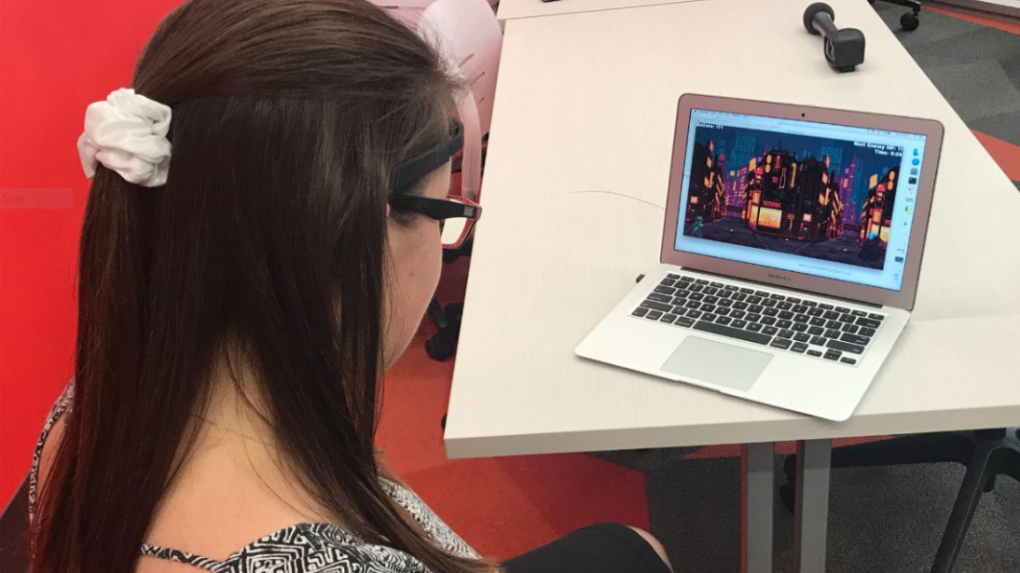 Players of AlphaBlaster use their brainwaves to control the action on the screen.

A University of Alberta student group has created a video game where players use their brainwaves as the controller, opening it up to players who aren't able to use traditional gaming systems.

The game, AlphaBlaster, allows players to control the program based on whether their brain is in either an active or resting state.

Abdel Tayem, the president of the student group NeurAlbertaTech, says the game is a proof of concept.

"Our goal with this project is to show that we can control and interface with a computer without using typical inputs like a keyboard and a mouse."

The game was a project for a NeuroTechX competition where students experimented with neurotechnology to find different ways it can be used. Tayem says the next version of the game will be more complex.

"We could build a game that involves more moving parts, more dynamics and more character involvement for the user. This gets people to get more trained or more familiar with controlling their brain states and using that to interact with the computer."

"This technology can honestly go anywhere."

AlphaBlaster is also accessible to those who aren't physically able to play with typical game controllers.

"For those with limited mobility or any kind of accessibility challenge this does provide an entirely new way to interface with computers," said Nicole Wlasitz with NeurAlbertaTech.

Wlasitz also says while the technology has a long way to go, it has potential uses beyond video games.

"There are prosthesis that you can control with your brain, so that provides an entirely new way to interact with the world for that person."

NeurAlebertaTech had only two months to work on the project, but placed fifth out of ten submissions in the NeuroTechX competition despite the late start.