'Brought the system to its knees': Experts warn about what a fifth wave could mean for health care in Alberta 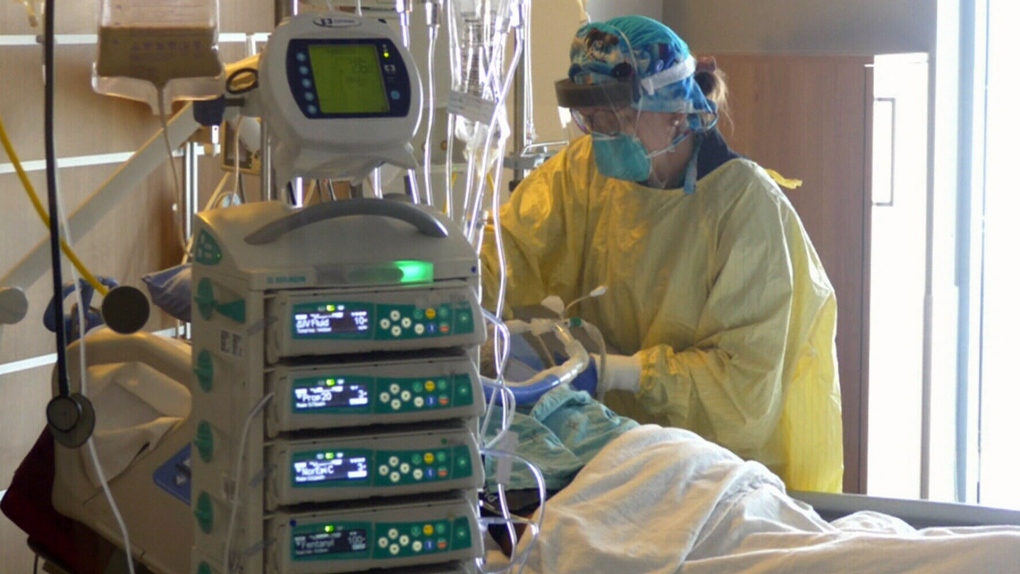 With Omicron now the dominant strain of COVID-19 in the province, health-care workers are bracing for what another wave will mean for the system.

According to doctors and other officials, the decisions Albertans make over the next few days could dictate what hospitals look like in the new year.

“If we get together with multiple households, this will increase the transmission of Omicron significantly,” Dr. Darren Markland said.

During the fourth wave, Alberta ICUs were swamped with COVID-19 patients. Thousands of surgeries and other procedures were cancelled province-wide, and the Canadian military was called in to help.

“I think we have to plan as if we’re going to have a wave [just] as bad as the fourth one,” said Heather Smith, president of the United Nurses Association.

“It literally brought the system to its knees.”

Smith said protecting that system is about keeping people out of the hospital.

New studies about Omicron are demonstrating the ways it differs from the Delta variant of COVID-19.

“Some of the early data that we’ve seen [shows] it doesn’t seem to cause as severe cases in terms of hospitalization, especially if you’re vaccinated,” said critical care specialist Dr. Raiyan Chowdry.

“There is room for some optimism.”

Preliminary research from the U.K. shows those infected with Omicron are 50 per cent less likely to wind up in hospital than with Delta.

However, the strain is proving to be much more contagious.

“The sheer number of people means that [while] they may not get as sick, there’s still going to be huge numbers who will,” Smith said.

ICU specialists like Dr. Markland add that because the province’s health care system is already under lingering strain from the fourth wave, Omicron could be devastating.

“After wave after wave, the ship gets more battered,” he said. “We’re not going to sink, but we’re certainly taking on water.”

With files from Touria Izri