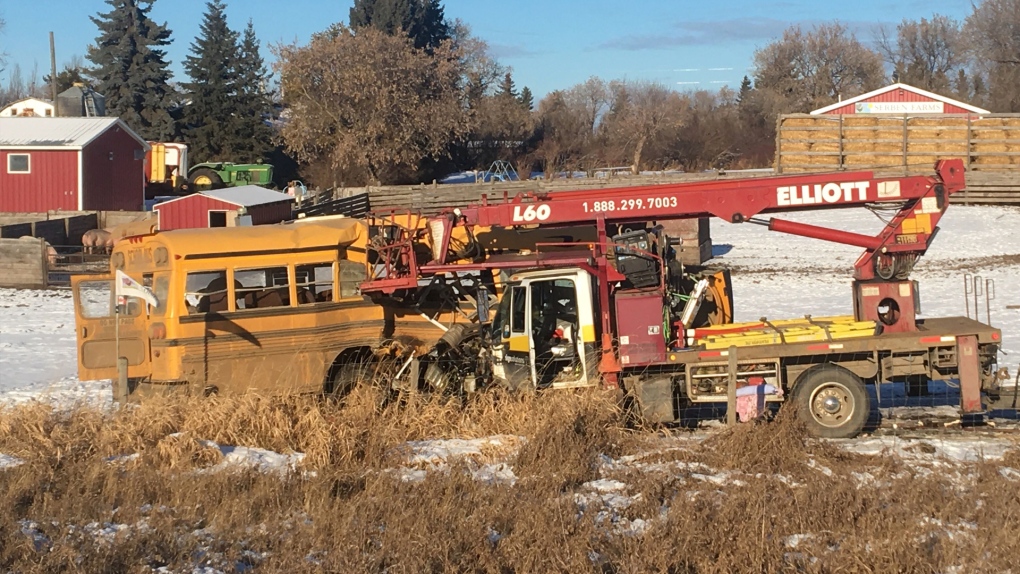 A school bus and a crane were involved in a crash northeast of Edmonton on Dec. 2, 2019. (Jay Rosove/CTV News Edmonton)

EDMONTON -- The 66-year-old driver of a school bus that was involved in a collision with a crane last December has been charged with careless driving.

Five people were left in critical condition after the crash and the driver of the crane had minor injuries.

The investigation was initially expected to take only several weeks but was delayed due to vehicle inspections and forensic testing.

The bus driver is set to appear in a Fort Saskatchewan court on Aug. 6, 2020.