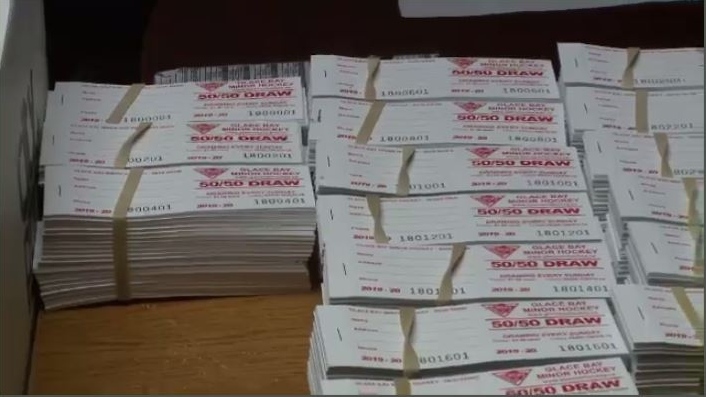 EDMONTON -- Albertans will soon be able to buy Oilers 50/50 tickets without going to Rogers Place.

The government says it is making the change to better enable public support of charities, and reduce red tape for the organizations.

According to Alberta Gaming Liquor and Cannabis, the department issued 14,000 raffle licences in 2018-19, which raised $170 million.

The executive director of the Edmonton Oilers Community Foundation said the organization commended Alberta for the move.

The majority of the $40 million it has returned to community has come from game 50/50 draws.

However, the pandemic has made its revenue-generating abilities "really non-existent," Natalie Minkler told CTV News Edmonton.

"As we know, this pandemic has hit everybody and has impacted individuals and businesses across the entire world, and our organizations no different. When NHL stopped, and Oilers hockey stopped, really, it reduced our ability to generate dollars in a significant way. "

The OCF is still working through how it'll take advantage of the change, but said it hoped to release plans soon – and see a continuation of support from Oilers fans across the province.

The AGLC is also allowing charities to use a random number generator when total ticket value of their sales is greater than $100,000. Previously, the limit was $1 million.