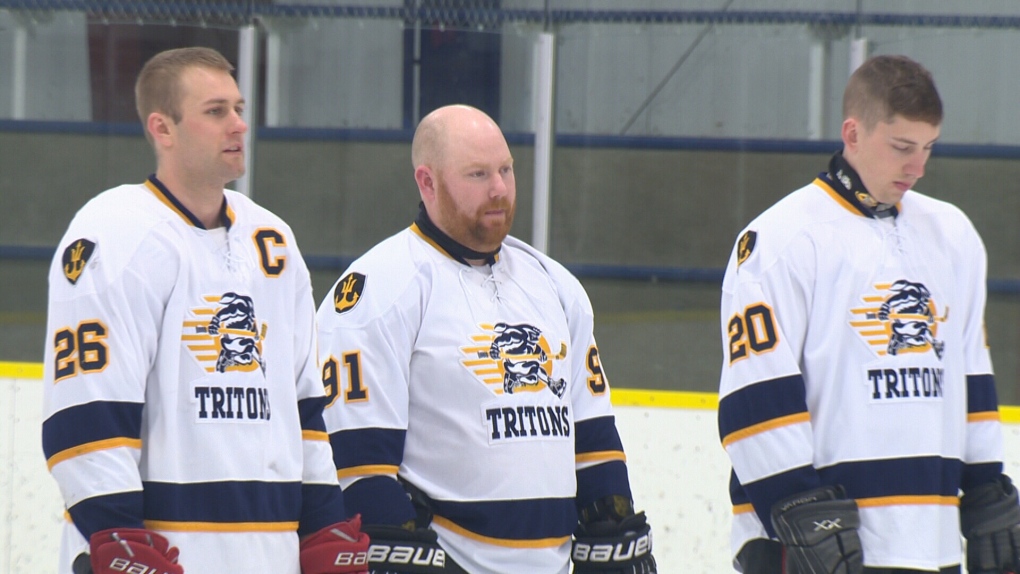 Military members from across Canada are taking part in the 2019 Canadian Armed Forces National Men's Hockey Championship at CFB Edmonton Sunday through Thursday.

Military members from across Canada have gathered at CFB Edmonton to take part in a classic tournament.

“It's pretty important to them and they get to showcase their base and their region and represent the region that they came from as well as showcasing their skills,” said Alyson Hodgson, CFB Edmonton sports coordinator and tournament organizer.

According to Hodgson, there's also opportunity for CAF members to see old friends.

“It’s a little bit of reconnecting with people you haven’t seen for a while because they could be posted around, and some people—there’s a few people that played with one team one year and has since been posted out, and they get to run into their former colleagues at their championship again.”