The community spirit was flowing at Camp Yowochas in Parkland County this week, as one of its most used spaces received a well-deserved makeover.

The Fireside Lounge has been entertaining young campers, hosting corporate retreats and providing healing spaces for families of missing and murdered Indigenous women and girls for generations.

But with a look stuck in the 1980s, a group of volunteers and corporate donors decided that an upgrade was needed

"I was like, 'Whoa, this is a big difference. I love it!' I have not seen a room that looks like this in a long time," said camper Avery Souliere.

The lounge hosts thousands of kids and adults every year, but with beige walls, golden wood panelling and cold-coloured laminate, the camp's director agreed a change was needed. 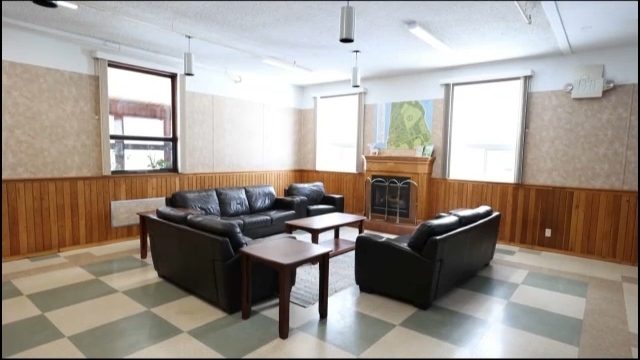 A before shot of the Fireside Lounge at Camp Yowochas. (CTV News Edmonton)

"It wasn’t welcoming and it wasn’t warm. It was a little bit more sterile and more focused around being easy to clean," Terry Konyi explained.

So two designers, one from Edmonton and one from Toronto, partnered together for the first time. The space was painted, new engineered-wood flooring was installed, and the furniture was updated.

"One of us would start a sentence and the other would finish it. We had sort of the same brain throughout the process," Christina Dennis said of her collaboration with Leigh-Ann Allaire Perrault.

The transformation took just 48 hours. Most of the materials, and the labour, were donated to the YWCA, which runs the camp. 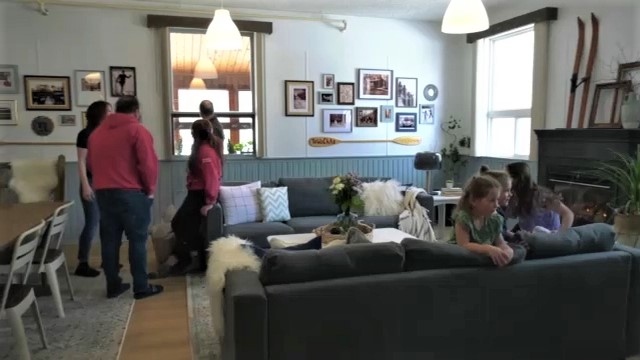 An after shot of the Fireside Lounge at Camp Yowochas. (CTV News Edmonton)

"It was because of so many volunteers that were here hour after hour, like right from the camp here painting and sanding from sunup to sundown," Dennis said.

"A lot of elbow grease and sweat went into it to make it happen as quickly as we did," Konyi said.

While the room is much different now, Konyi told CTV News Edmonton that its purpose stays the same. It's meant to be a safe space for everyone to share their stories

"Sometimes you can’t open up about that stuff, and I feel like this space is really good to have because you can do that," said camper Lauren O’Neill.

"It's just going to help us make them feel more safe, more secure and enjoy their experience even more," Konyi said.

The Danish Energy Agency says one of two ruptured natural gas pipelines in the Baltic Sea appears to have stopped leaking natural gas.