City staff posted closure notices around the camp Sunday and have told anyone remaining at the camp that they need to find a new place to stay.

One camper told CTV News Edmonton that city police showed up Thursday morning to let everyone know they had to leave. 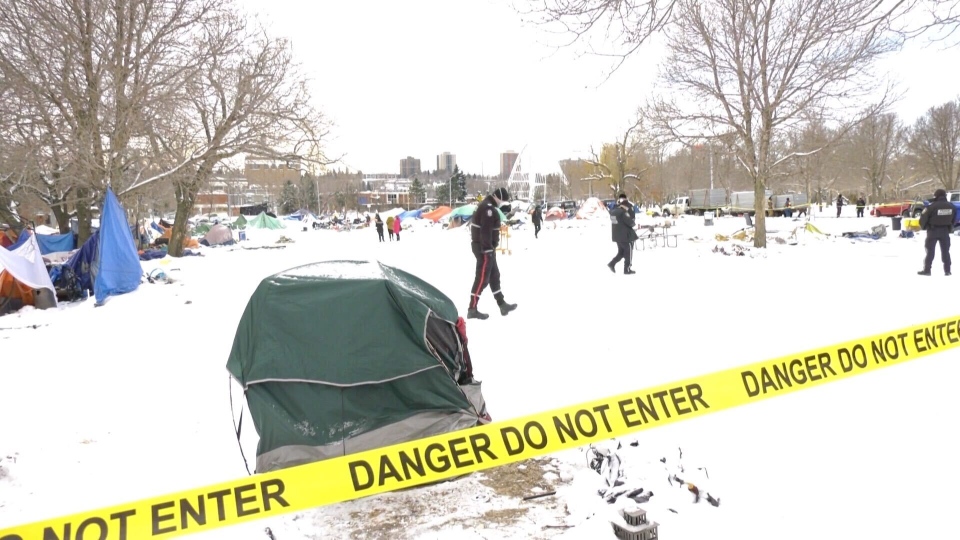 “I was just sitting there, getting ready to go job hunting and, all of a sudden, they showed up,” said Tristan Makokis.

“I’m just trying to get by,” he said. “You knew this was coming... other people here were probably caught off-guard.”

Makokis said that he plans to find accommodations with a friend.

“This was just like a camping trip for me,” he said. “But I don’t wanna do this again.”

The city made a charter bus available for anyone wanting to relocate to a shelter, such as the Edmonton Convention Centre or the newly opened Commonwealth Stadium.

The city expects the camp cleanup to continue for the next several days.