Canada to face off against Czechia in world junior semifinals

Canada to face off against Czechia in world junior semifinals 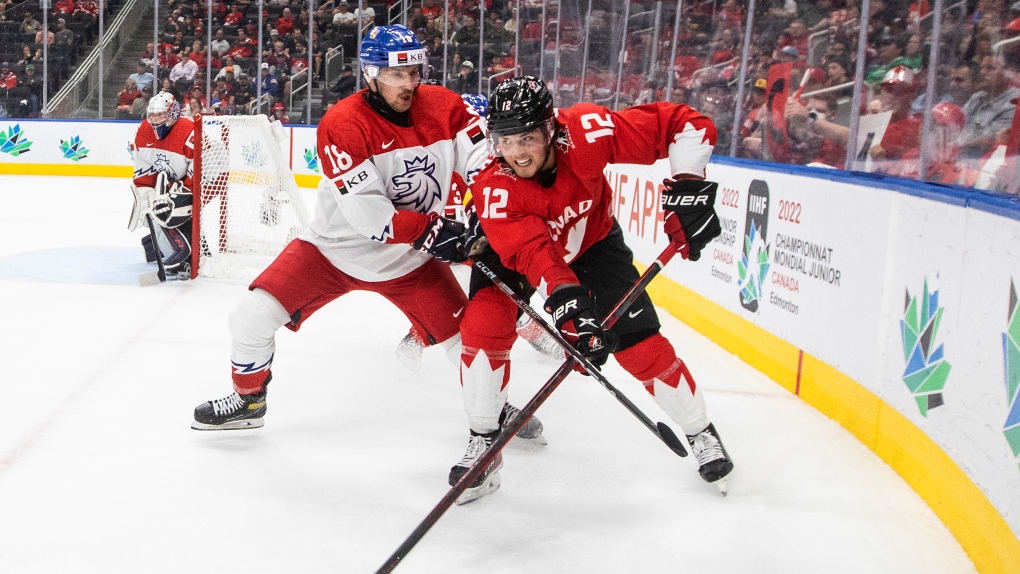 It's a rematch for Canada at the world junior hockey championship today.

The undefeated Canadians will take on Czechia, the country commonly known as the Czech Republic, in the semifinals.

The two sides previously met in the preliminary round, with Canada taking a 5-1 win.

The Canadians went on to beat Switzerland 6-3 in Wednesday's quarterfinals.

The Czechs earned their spot in the semis with a 4-2 upset victory over the reigning champion Americans in the quarterfinals.

The other semifinal will see Finland face Sweden later in the day.

As MPs kicked off a study on the future of the House of Commons' use of a hybrid sitting structure, Speaker Anthony Rota is calling for members of Parliament to consider the 'big picture' in making their recommendations as to whether it's time to retire the virtual elements of proceedings that were ushered in response to the COVID-19 pandemic.

Jaqueline McDermott, 22, from Kitchener has been reported missing in B.C., and her family is putting out a plea across the country for help.

A Canadian naval officer has been relieved of her duties aboard a coastal defence vessel deployed on a NATO operation in Europe over allegations of inappropriate sexual conduct.

A child welfare worker is telling a coroner's inquest that had she known an Indigenous teen in her care had a history of suicidal thoughts and self-harm, she would have tried to talk to him about it.