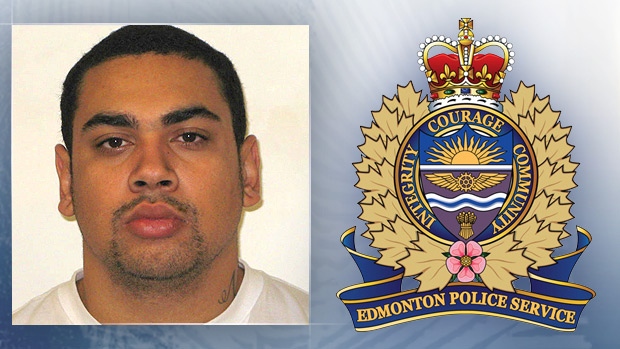 Edmonton police have issued a Canada-wide warrant for the arrest of a man in his 20s, believed to be involved in a weekend shooting that left another man dead.

On Tuesday, investigators with the Edmonton Police Service Homicide Section asked for help in finding Tyson Richard Clark, 24, who is wanted for second degree murder among other charges – all stemming from a fatal weekend shooting.

Clark is described as:

Clark is arrestable for second degree murder, use of a firearm while committing a crime, aggravated assault, discharging a firearm with intent to endanger life, carrying a concealed weapon and unauthorized possession of a firearm.

The charges are related to a shooting that took place in a southeast Edmonton restaurant Saturday at about 10:30 p.m.

One man, identified later as Blair Michael Cunningham, 29, succumbed to his injuries – the second man is still in hospital with life-threatening injuries.

The suspect in the shooting fled the scene before officers arrived.

Clark is considered armed and dangerous, and shouldn’t be approached.

Anyone with information on his whereabouts is asked to call the Edmonton Police Service non-emergency line at 780-423-4567 or #377 from a mobile phone.