Canadian comics and viewing the prairies through the eyes of a bee: new exhibitions at the Art Gallery of Alberta 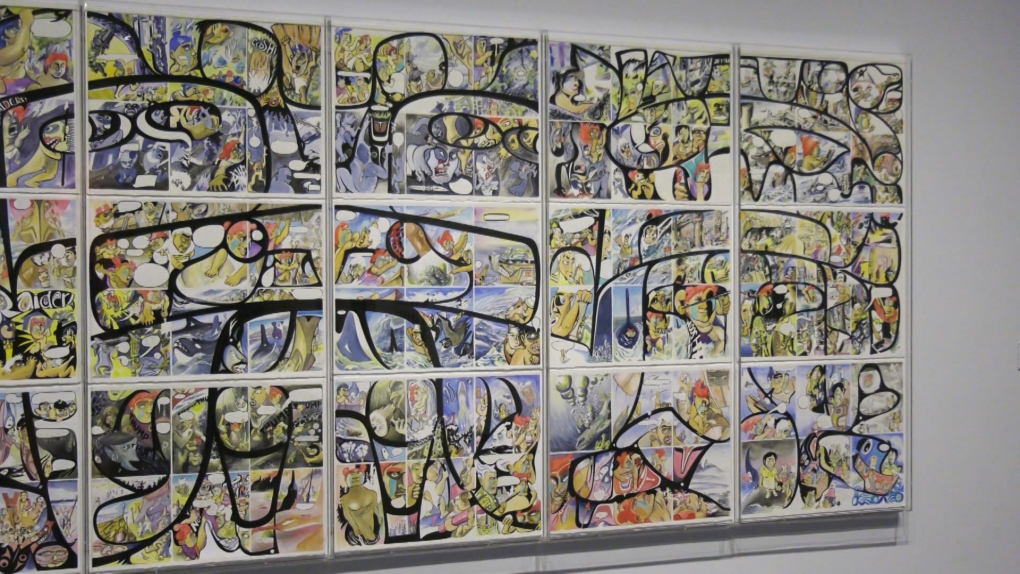 Two new exhibitions at the Art Gallery of Alberta (AGA) are featuring the work of Canadian artists from across the country using a variety of artistic mediums.

One of the exhibitions, 'Comic Sans', looks at the art of comics using mediums like drawings, paintings and ceramics.

“It’s a really contemporary look at comics being made in Canada today,” said Catherine Crowston, the executive director of the AGA.

“The tradition of cartooning and comics is a very long one, I think it’s a way that people have actually seen very sophisticated drawings and very sophisticated relationships between visual images and text and haven’t really understood the role that they play in our society.”

Comics may just seem like humourous drawings, but they can also tackle important social issues in a way people might not expect, according to Crowston.

“The artists in the exhibition, some of them are Indigenous artists, some of them are dealing with a crisis of language, it’s just a really interesting way to think about how artists are engaging with a very, very old art form in new and contemporary ways,” added Crowston.

“People see comics in a very different way when they see them in the context of an art gallery as opposed to a newspaper.”

The second exhibition, 'Alana Bartol and Bryce Krynski: all roses sleep', shows visitors the prairie grasslands through a new perspective, that of a bee.

One of the unique parts of the video exhibition is the scratch-and-sniff card that goes with it, prompting people to experience not only what the bee is seeing, but what it is smelling.

Smell was also a relevant choice to include in the exhibition because it is one of the senses that COVID-19 often takes away from people, added Sharman.

“There is definitely (an) environmental aspect to this and it’s definitely an act of empathy where you’re wanting to embody that bee and sort of see the world, experience the world that bee does and maybe think of other beings other than humans.”

Both exhibitions will be at the AGA until Oct. 2.