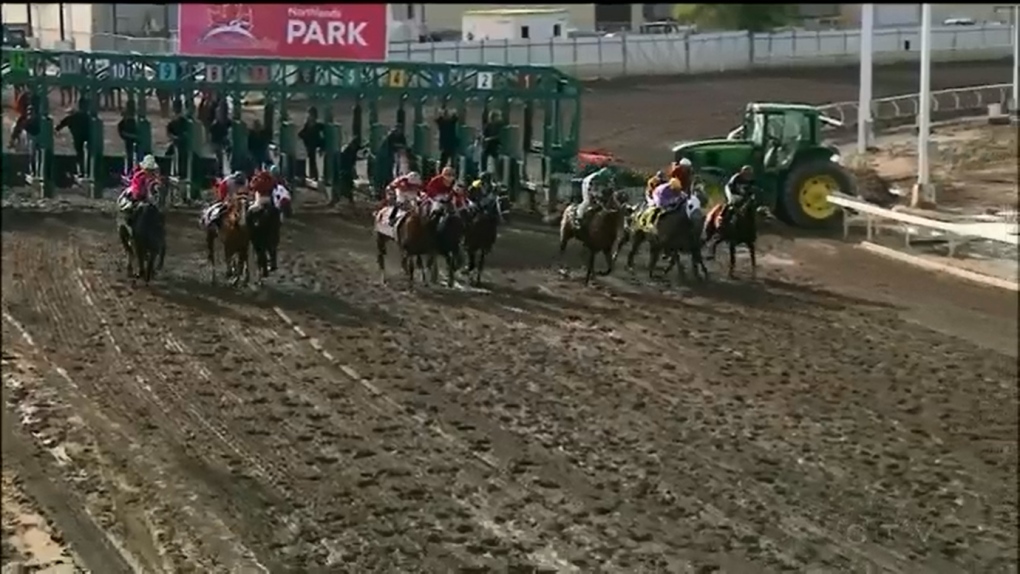 EDMONTON -- The owners of Chief Know It All, the horse that initially won the 2017 Canadian Derby, are seeking to have its win reinstated following two separate rulings that upheld it interfered with another horse.

On Sept. 11, Rollingson Racing Stables filed an appeal arguing that the Horse Racing Alberta Appeal Tribunal lacked the authority to disqualify Chief Know It All when one of its two members was replaced partway through proceedings.

The appeal also seeks to overturn an August 2019 Court of Queen's Bench ruling that upheld that interference occured, but ruled Chief Know It All should be placed second, and not disqualified.

"The decision of the Appeal Tribunal was issued without quorum, as required by statute, and was made in a procedurally unfair manner, including no explanation to the parties," reads the appeal.

The appeal is the latest in a nearly two-and-a-half year legal battle over who won the race.

Chief Know It All was declared the initial winner of the Aug. 19, 2017 race at Northlands, with Double Bear and Trooper John finishing in a dead-heat for second.

But, Double Bear's trainer made a claim of foul to the Board of Stewards, arguing it had been interfered with, according to the August 2019 ruling.

The stewards initially sided with Chief Know It All, disallowing the claim.

"After reviewing the race, the decision of the [Stewards] was that there was incidental contact," reads the steward's decision.

Double Bear's owner, Sycamore Stables, escalated its appeal to the Horse Racing Appeal Tribunal who overturned the steward's decision in a June 2018 ruling, and disqualified Chief Know It All from the race.

"The horse Double Bear did suffer an interference by Chief Know It All which caused the horse not to win first place," read the Appeal Tribunal decision.

The tribunal named the two horses that had tied for second, Double Bear and Trooper John, as co-winners.

Two months before issuing its decision, one of the tribunal's two-panel members, Andrea Fugeman-Millar, had her appointment rescinded by the provincial minister of finance and a new member was appointed as a replacement.

In court, Chief Know It All's owners argued that with only one constant member, the tribunal lacked the quorum to act.

In August of 2019, a Court of Queen's Bench judge rejected that argument, noting the government granted Fugeman-Millar permission to deliver decisions she had already begun to hear.

"I conclude that the Appeal Tribunal’s decision regarding quorum meets the standard of reasonableness," wrote Justice June Ross.

Ross also rejected Rollingson Racing Stables arguement that the tribunal should have deferred to the more experienced stewards.

"I am satisfied that the Appeal Tribunal carefully considered and weighed the evidence of witnesses who appeared before it, and acted reasonably in reversing the decision," Ross wrote.

Ross did rule that the tribunal overreached in disqualifying Chief Know It All, and ordered the horse to instead be placed second.

“I will exercise my discretion to order that ... Double Bear finished first, Chief Know It All finished second, and Trooper John finished third.”

It's not clear yet when Rollingson Racing Stables' appeal will be heard.