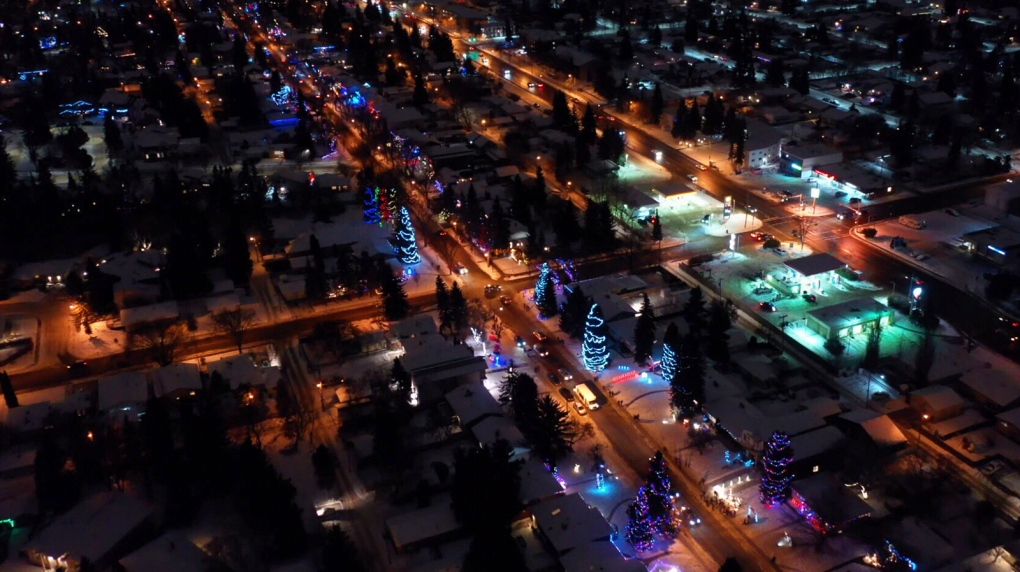 EDMONTON -- Any Edmontonians hoping to take in the holiday light displays on Candy Cane Lane this season will have to do so from their vehicles.

The popular Christmastime family tradition will be a ‘drive-thru only’ endeavor this year, city administration announced Friday afternoon.

It’s just one of a handful of actions taken by the City of Edmonton to try to combat COVID-19 spread. They come on the heels of new provincial health measures that went into effect Friday.

The city is also closing 22 city-operated arenas from Dec.1 to Dec. 18. The exception is the Downtown Community Arena, which has an exemption for usage during the IIHF World Junior Hockey Championship.

The city is also recommending against declaring a state of local emergency. Making such a declaration would have little impact beyond the current provincial health restrictions, city staff told councillors at the Emergency Advisory Committee meeting.

“I think the one thing that could be gained from a SoLE is the restriction of travel. At this time, it’s difficult to say where we could do that,” said interim city manager, Adam Laughlin, who noted the city does not have appropriate data to support such restrictions.

During the meeting, Laughlin said the provincial government indicated it would allow bylaw officers ability to enforce new provincial restrictions; something elected officials had been calling for.

Councillors also heard that city-run libraries were allowed to remain open as long as they operate under a 25 per cent capacity threshold.