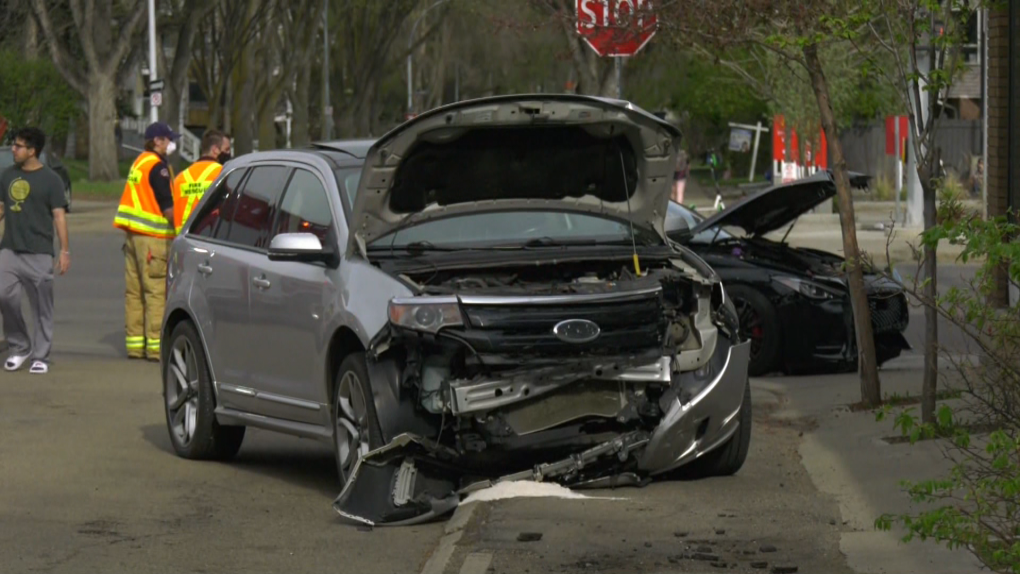 EDMONTON -- Two cars collided during Friday’s afternoon commute, launching one into a nearby building.

One vehicle was turning left in front of the other when they collided, police say.

One person was sent to hospital and with non-life threatening injuries.

No one inside the building was injured.

Police are investigating the crash.