Car driven into restaurant after backing into another vehicle 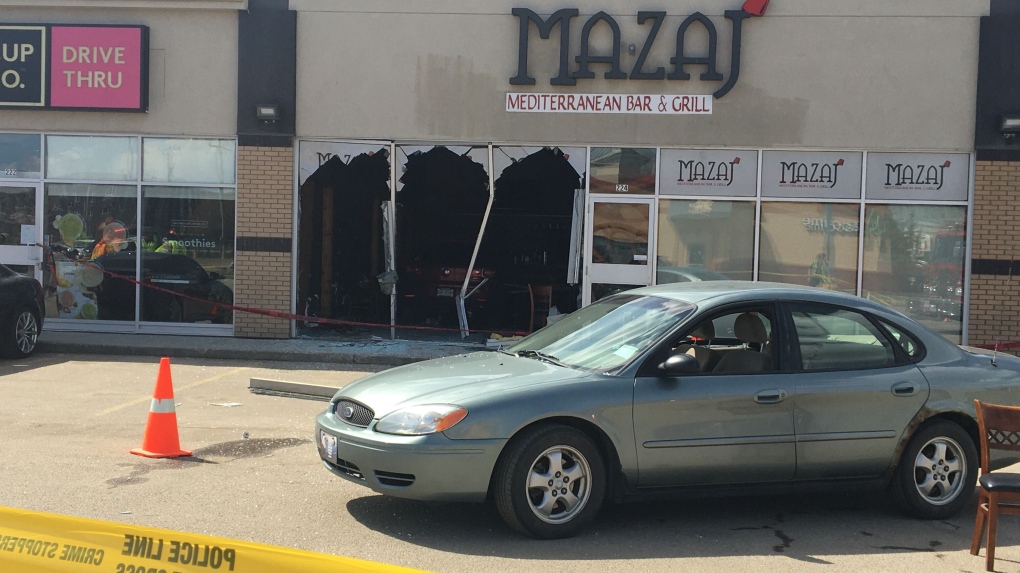 Aftermath of vehicle crashing into the front of the Mazaj Mediterranean Bar & Grill. Tuesday, May 5, 2020 (Jay Rosove/CTV News Edmonton)

EDMONTON -- Two people were sent to hospital after one vehicle was driven into another and a restaurant Tuesday afternoon.

Police say a 91-year-old driver backed into another vehicle belonging to her daughter before then driving into the front of Mazaj Mediterranean Bar & Grill at Mayfield Common.

“This lady came, plowed into the vehicle. Slammed on the gas, because I think she freaked out. Went into the restaurant and then came back out,” speculated Jacob Limprecht, who witnessed the crash.

Both women sustained minor injuries, according to police.

The storefront of the restaurant was damaged but police say there is no structural damage to the building. 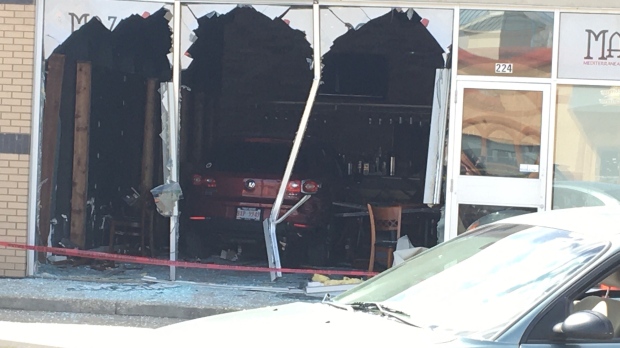 The Major Collisions Unit is investigating but police do not believe alcohol was a factor and no arrests have been made.

The Mazaj Bar and Grill was not open at the time of the crash.