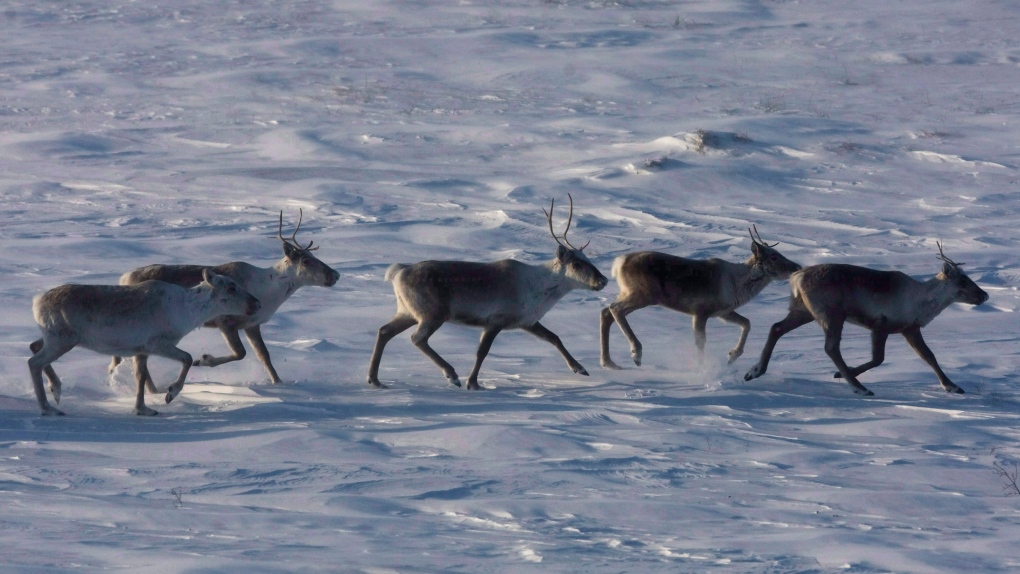 File photo: Parks Canada says the Tonguin herd has 45 caribou, while the Brazeau herd has fewer than 15 caribou. Neither has enough female caribou to grow those herds.

An update posted on the Parks Canada website suggests that the three Southern Mountain caribou herds managed by the federal agency in the national park in Alberta have declined to critical levels.

It says the Tonguin herd has 45 caribou, while the Brazeau herd has fewer than 15 caribou.

The update says neither has enough female caribou to grow those herds.

In addition, Parks Canada says the Maligne herd was last seen in 2018 and is officially considered extirpated.

The situation has the Alberta Wilderness Association calling for immediate action by the federal government to save the herds.

“This is an iconic Canadian wildlife species, it's on our quarter,” said Carolyn Campbell, a conservation specialist with the Alberta-based environmental group.

“The federal government has a responsibility in its own backyard - the national parks - to really move on a good plan, which we feel is probably there. And we are just really perplexed and concerned why it's moving in such slow motion when the populations are declining at speed.

“We just need to act now while we still can,” added Campbell.

This report by The Canadian Press was first published on Sept. 16, 2020