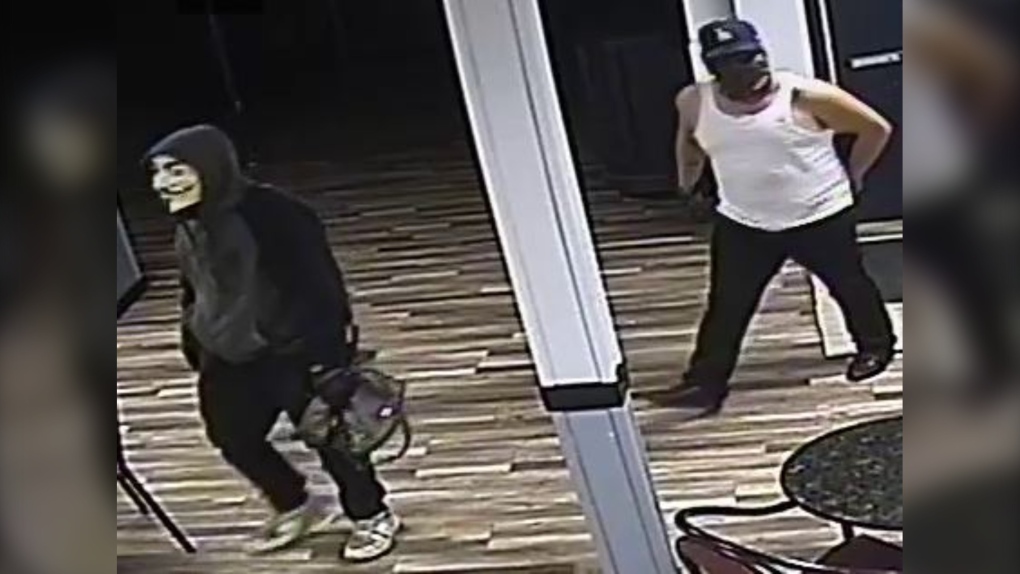 Police are asking for the public's help in identifying two men who robbed the Pelican Hotel on Aug. 14, 2019. (Photo supplied.)

Police are looking for two men who were believed to be armed with a gun when they robbed a northern Alberta hotel one week ago.

Local RCMP were called just before midnight on Wednesday, Aug. 14, to the Pelican Hotel in Plamondon.

The two men had demanded money from an employee, then fled in a truck.

No one was hurt in the incident.

The truck, later identified as a stolen vehicle from Vilna, was found in Calling Lake.

Lac La Biche are asking for the public's help in identifying the men, who covered their faces with a mask and a bandana. One man appeared to have a tattoo on his right forearm.