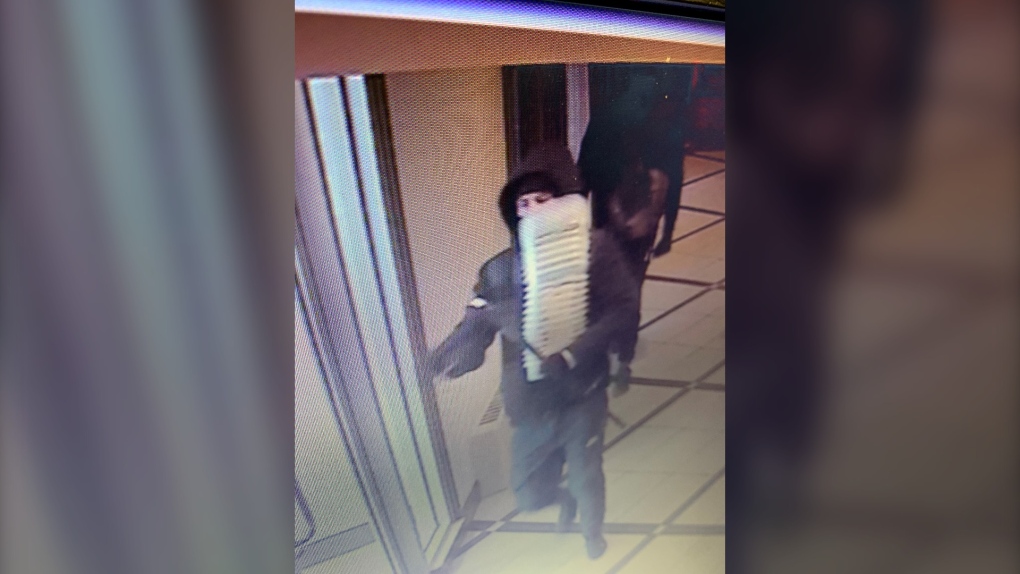 Leduc RCMP are looking for this man and one other after a break-in Wednesday morning. (Image Source: RCMP)
EDMONTON -

Mounties are looking for two men they say broke into a Leduc, Alta., business Wednesday morning and made off with stolen cash.

An employee was present during the break-in but did not engage the two men.

A surveillance camera captured images of the SUV travelling south on 52 Avenue in Leduc.

Police later found the vehicle abandoned in Leduc near 44 Avenue and 50 Street.

They say it was stolen from Wetaskiwin, Alta.

The two men were wearing dark clothing, masks and gloves at the time of the robbery. One of them is described as being between 5'7" and 5'10".